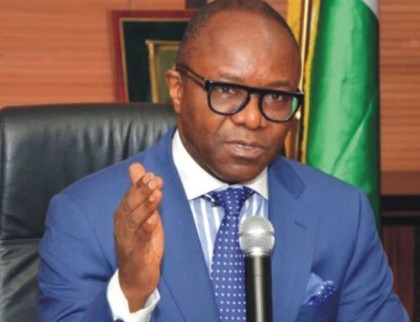 The Minister of State for Petroleum Resources, Dr Ibe Kachikwu, on Thursday in Abuja explained that reports of concession of Port Harcourt  to Oando and Agip companies were untrue .

Kachikwu said at a news briefing that  ”a technical committee set up by the government to undertake the review and selection process is yet to submit its report”.

There had been reports that government had reached agreement with the firms following which the Senate asked that the contract be stopped.

According to the minister, what has been accomplished by the committee is coming up with a holistic investment figure enough to fix the nation’s three refineries.

”We have not selected any firm yet even though some firms have shown interests.

”We need about 1.2 billion dollars to repair and bring the three refineries of the Nigerian National Petroleum Corporation (NNPC) in Port Harcourt, Warri, and Kaduna, up to 100 per cent production level,” he said.

The minister said the cost of the project had been determined in terms of the extent of work required.

”The total cumulative amount is in the 1.1 billion dollars and 1.2 billion dollars category between all the refineries. And that of course does not include the pipelines.

”You have got to address the pipelines and that is something else that is being done,” he said.

He further explained that Nigeria spent about N4.74 trillion on importation of petrol in the past year which was 30 per cent of the total foreign exchange outlay of the Central Bank of Nigeria (CBN).

”The importation of petroleum products between January and December of last year amounted to about 20 million metric tonnes.

”A total amount of N3.4 trillion was spent, the consumption of FX from CBN was approximately 30 per cent of CBN total FX outlay, and the logistic costs of that importation was about N1.34 trillion within the same one year period.’  ‘

On domestic refining capacity, the minister said the nation produced six million litres out of a total consumption of about 35 million litres per day.

”In the midst of this sort of statistics, it was absolutely critical that we move in to try to end importation of products, improve our refineries and get them up to 100 per cent.

”We are looking for financing of the repair and upgrade of the refineries. We are not concessioning refineries, it is simply a financing package,” he said.

Kachikwu said the  government would invite the original refineries builders for the three refineries to undertake the repairs but stressed that it had not selected any financier for the repairs.

”Once we identify those individuals and see how we can make contacts with those who built the refineries – Saipem in Warri; JGC in Port Harcourt; and Chiyoda in Kaduna, to ensure that we go back to them.’

He said such step was necessary ‘’because they (builders) have the designs, engineering outlay and upgrade capabilities, and in some cases, they have the access to spare part.

”If we are going to achieve this within the timeframe we gave, we are going to meet them and I think we have largely decided that those are the people we should use,” he stated.

The minister said the government would have to consider the overall capabilities of those interested in the process.

He also added that their business model would have to be tied into the current Direct Sales Direct Purchase (DSDP) of  NNPC to be able to make profit, especially with consideration to the country’s downstream sector, which had  not been deregulated.

”We haven’t reached there, and so anybody indicating that contracts have been given is wrong.

”In terms of who wins the financing awards, that is still work in progress. We have not received from the technical committee their final report on this.

”We need to review and accept and go to FEC for approval and the National Assembly before we proceed.

“There is an urgency in this sector that we need to address. We have begun engagements with the National Assembly and the process continues, but we need speed in all these,” he added. (NAN)