Saudi Arabia and three other Arab nations which cut ties with Qatar this week over its alleged support of terrorism have designated dozens of people with alleged links to Qatar as terrorists, deepening a row that threatens the region’s stability.

Saudi Arabia, the United Arab Emirates (UAE), Egypt and Bahrain said in a statement published by the Saudi news agency that 59 people, including Muslim Brotherhood spiritual leader Yousef al-Qaradawi, and 12 entities, among them Qatari-funded charities Qatar Charity and Eid Charity, were named.

The announcement increases pressure on Qatar in a diplomatic and economic campaign to isolate the small Gulf Arab state, which is a critical global supplier of gas and hosts the biggest U.S. military base in the Middle East. It follows a previous listing of scores of organizations in 2014 by Saudi Arabia and the UAE during a previous spat with Qatar. 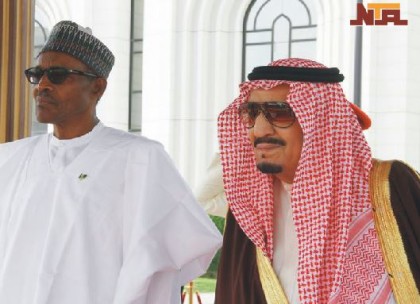 Among the 18 Qataris named are alleged terrorism financiers as well as prominent businessmen, politicians and senior members of the ruling family including a former interior minister.

Abdel Hakim Belhadj, a former Libyan Islamist commander, is one of five Libyans listed, while Qaradawi and firebrand Salafi preacher Wagdi Ghoneim are among the 26 Egyptian nationals.