SHOCKING: Wearing Barcelona Shirts Could Land you Jail For 15yrs 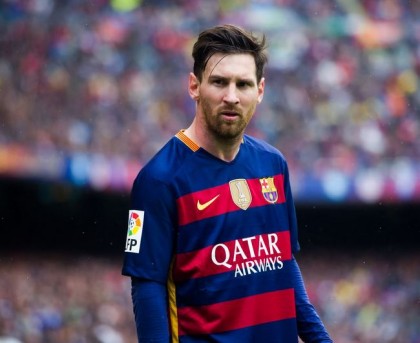 Saudi Arabia war against Qatar has deepened with the latest being criminalising wearing  a Barcelona shirt in the country. It means that fans wearing a Lionel Messi or Neymar shirt will go to jail in the Saudi Kingdom.

Qatar Airways has been a sponsor of the Catalan team for four seasons, with its name emblazoned on the club’s jersey.

Tensions in the Gulf region have seen countries such as Saudi Arabia boycott Qatari entities – and their measures could impact football fans who wish to wear Neymar and Lionel Messi replica shirts.

Qatar’s Arab neighbours have blacklisted entities such as Qatar Airways over their alleged extremist connection, with Barca shirts sporting the airline’s logo said to be outlawed. Qatar have rejected the claims.

The ban comes amid a diplomatic row as Saudi Arabia blacklisted entities and individuals that they perceive as connecting Qatar to extremist groups, with the United Arab Emirates, Egypt, Yemen and Bahrain included.

Barcelona have been sponsored by Qatar Airways for the past four seasons, but they have agreed a new four-year deal with Japanese online retailer Rakuten from the start of the 2017-18 campaign.

Last summer, Barca’s own fan base called for the club to cut ties with Gulf state Qatar, which included a petition signed by over 60,000 people.