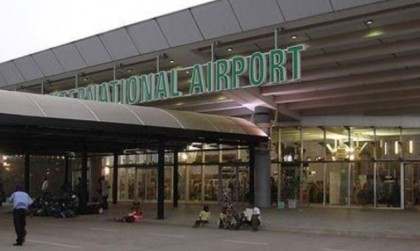 The Federal Airports Authority of Nigeria (FAAN) has carried out a test-run on an upgraded baggage scanner machine that could detect explosives, narcotics and other prohibited items at the Murtala Muhammed International Airport, Lagos.

The Managing Director of FAAN, Mr Saleh Dunoma while speaking at the event on Wednesday, said it was aimed at boosting safety and security at the airport. Also Read; Federal Airports Authority of Nigeria Recruitment Update

Dunoma said that the interest of FAAN was to make sure the airports are safe and secure, protect lives and provide machines of immense benefits to airlines and all stakeholders.

“This scanner is intended to complement the Executive Order recently issued by the Acting President, Prof. Yemi Osinbajo and also assist the operations of other agencies at the airport, making them more efficient.

“Our intent is to deploy these scanners to our international airports but this depends on the outcome of its performance in Lagos,” he said.

Dunoma said that FAAN was committed to putting all necessary measures in place in line with international aviation standards and recommended best practices to enhance safety and security at the airports.

Also speaking, the supplier of the machine, Mr Akin Mustapha, said it was an Astrophysics Baggage Scanner which was manufactured in California, USA.

According to him, it would identify hidden threats in carry-on items and checked-in baggage at airports, and has high penetration steel and could detect explosives and narcotics.

Mustapha said:” It has six colour generations and that enables it to do a proper analysis of objects that go into it, better than others. It is highly reliable and very sensitive. Also Read; Abuja Airport 2nd Runway Captured In 2017 Budget – Senate Leader

“In other airports around the world, they are taking away other machines and replacing them with this machine (Astrophysics) for upgrade and efficiency.