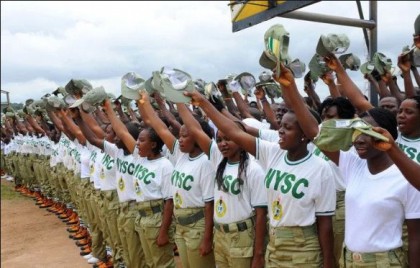 The Standards Organisation of Nigeria in close collaboration with the Department of State Services (DSS) in Ondo State has busted a syndicate that specializes in repackaging and rebranding of suspected substandard vegetable oil in Akure, Ondo State.

The Executive members of the Nigerian Association of Women In Journalism, NAWOJ, paid a courtesy call  on the mother of the stata Grand Patron of  NAWOJ- Her Excellency Dr Zainab Shinkafi Bagudu. The ladies were accompanied by Kebbi state NUJ chairperson Mal Aliyu Jajirma.

The Nigeria Union of Pensioners, on Tuesday urged Federal and state governments to pay pension and workers salaries before the Sallah festival.

Zakatul-Fitr: The Charity Given To The Poor At The End of Ramadan Fast

Itikaf Virtues In The Last 10 Days of Ramandan

Is done usually in the last 10 days of Ramadan. Itikaf isto engage and to devote something, to a thing, be it good or bad. In Shari’ah it means to engage in a retreat in the Masjid and stay there with the intention of seeking nearness to Allah the Almighty, and His reward.
Its legalization.

Dr Kayode Fayemi, Minister of Mines and Steel Development, announced this at the inauguration of the development partners and donor agencies coordination group on mining.
Fayemi said that the donor agencies, which included the World Bank, UNIDO, UNDP, DFID, Open Society Initiative for West Africa (OSIWA), would help to solve the challenges confronting the sector to take its place of pride.

The Standards Organisation of Nigeria has intercepted  N8bn  of substandard electrical cables.according to the organisation, are cloned versions of 20 popular Nigerian brands and shipped from China into the country.

His Excellency Governor Ibrahim Gaidam has approved the recruitment of 38 nurses who just graduated from the Dr. Shehu Sule College of Nursing and Midwifery, Damaturu into the state’s healthcare service.

A woman was allegedly raped by three men in a car that was driven through New Delhi before she was thrown out of the vehicle in the city’s suburbs, police said on Tuesday.