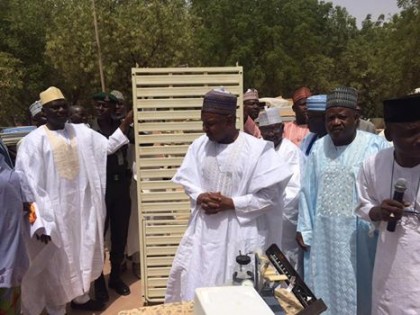 The Kebbi Government on Tuesday said it would spend over N160 million on development plans for 20 communities in the state.

The plans were for the implementation of a World Bank supported programme for community and social development projects.

The programme also targets youth empowerment and social intervention in the state.

Yakubu Yeldu, who is coordinating the project, told a World Bank Task Team Mission led by Prof. Yusuf Adesina in Birnin Kebbi on Tuesday, that some of the projects already approved under the plan were going on.

The News Agency of Nigeria (NAN) reports that the team also had representation from the Federal Ministry of Finance  and Federal Projects Support Unit.

“The state agency has approved a total of 20 community development plans, consisting of 54 micro projects in various sectors across the state at the total cost of over N160m.

“Another set of 22 of the micro projects are currently ongoing while a total of 10 projects have been completed and put to use by the respective benefiting communities,” Yeldu said.

According to him, the state has made tremendous advancement in meeting the eligibility requirements of the bank for effective empowerment of youth in the state.

He commended Gov. Atiku Bagudu for his support to the agency including prompt payment of counterpart fund and recent approval for the construction of new office block to provide conducive working environment.

In his remarks, Adesina expressed satisfaction with the implementation of the state community and social development projects.

“We are satisfied with the level of preparedness for the youth empowerment and social support operation,” he said. (NAN).