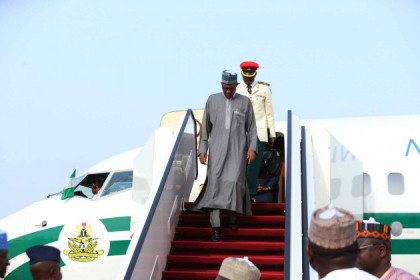 A former Speaker of Katsina State House of Assembly, Alhaji Aliyu Muduru, said on Wednesday that the nation’s international image had been redeemed significantly by  President Muhammadu Buhari’s administration .

Muduru, who is still a serving member of Katsina state Assembly, made the assertion in an interview with the News Agency of Nigeria (NAN) in Abuja.

He said the global community’s appreciation of the giant strides recorded by President Buhari’s administration in fighting Boko Haram and corruption, was an indication that the administration was on course in its chosen mandate.

Muduru said the current economic hardship facing the country was as a result of moral crisis which has eaten deep into the fabric of the society.

“ We have every reason to be hopeful that the current work being done by the leadership of this country, under the incorruptible President Buhari, will rescue the country.

“ In spite of the difficulties that the country may be going through, one thing is gratifying; our country is blessed with a leadership that commands the respect of the international community, “ he said.

The lawmaker , therefore, urged Nigerians to remain committed to the Nigerian nation and be confident in the ability of Buhari to steer the country through its turbulent times.

Muduru, who appealed to Nigerian youths to work for the greatness of the country and pray for its development, expressed concern over lack of unity among the youths.

He said that the youths must take active part in the  electoral process, in order to steer the country to the new level they desire.

According to him, the giant strides being recorded in Katsina state is because 65 per cent of the lawmakers are youths and Gov. Aminu Masari is expanding the political space for youths to secure more positions in government.(NAN)