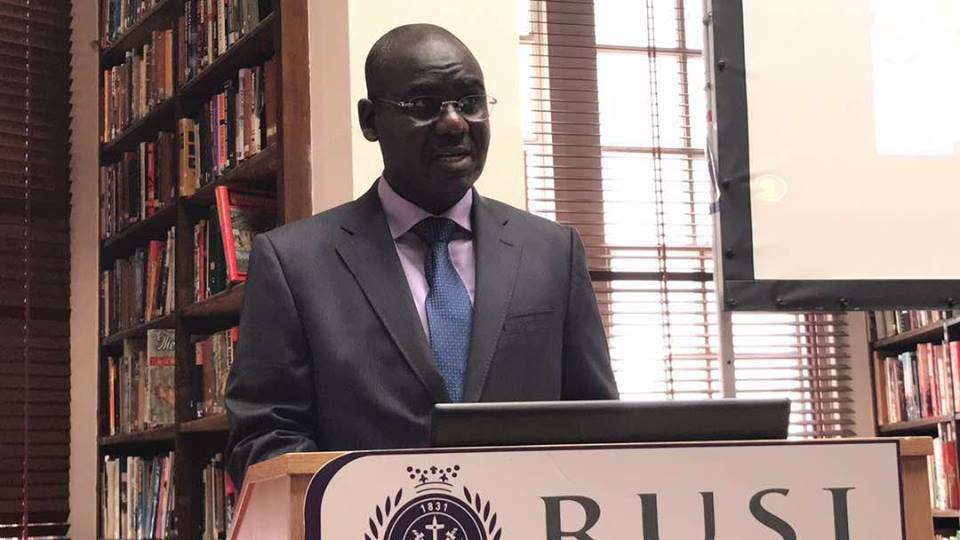 During the presentation, he discussed Nigerian Army’s approach in countering the Boko Haram terrorists, strategy and tactics being employed against the terrorists, current situation in the north eastern Nigeria and the ongoing clearance and stabilizing operations in the theatre. The presentation attracted other personalities from Transparency International, diplomats from France and the United States, as well as academicians from London School of Economics and participants at Royal College of Defence Studies.

Earlier on arrival at the MOD, he was conducted round memorial arcade by his host at the courtyard of the Ministry.
The Chief of Army will also attend 2017 RUSI Land Warfare Conference and visit the Royal College of Defence Studies (RCDS).