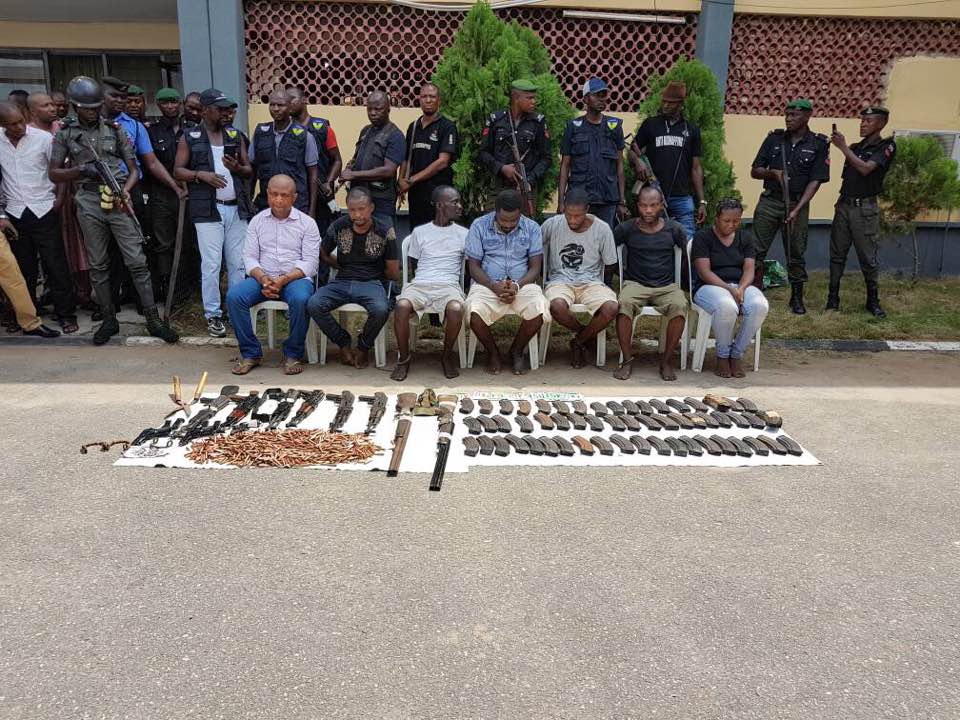 The social media media was agog with Evans (the Notorious/Billionaire Kidnapper) stories of how he was arrested, modus of operations, his victims and so many other revelations that were circulated in the press in the previous week.

However, the super cop, ACP Abba Kyari took to his Facebook Account to refute most of the stories been circulated regarding them as completely false.

“There is a Need to Clear the Air on some Issues that are Misinforming/Misleading the Good members of the public who are Passionate about Fighting Crime.” Kyari said

“90 Percent of all Informations Relating to the arrest of Evans and What Evans Said that’s being shared on Social Media and Some Print Media are False.”

“Just like most Nigerians, I wake up every morning and hear Different False Stories on Social Media pertaining to how we arrested Evans and what He Said.

“The Actual Strategy and Technology we used in Arresting Vampire, Evans and other Big Kidnappers is known to only Me and Very few Senior officers I am working together with in the FHQ” Abba added.

Abba Kyari say “a person Like Evans would Never have been arrested based on the few technics that were officially mentioned or those Circulating in Social Media which are actually technics already known to Criminals like him.”

ACP Kyari said there is no way they will let out the strategy they used in apprehending Evans or his like to the public.

Abba emphasized “our Real Strategy and Technology used in Picking Evans and his gang members have Never been Mentioned to the Media or Members of the Public, and will never be mentioned.”

The Assistant Commissioner of Police, Abba Kyari said Evans Faced the Media in two different occasion after his arrest by his team.

First when he was Paraded in the Lagos Command HQ by the Force Public Relations Officer and Secondly when he took IRT Detectives to his detention Camps in Lagos for the world to witness him taking the Police to his camp that only him and his boys knows.

This is so that in Future he cannot deny acquiring and Operating Kidnapper’s detention camps in Lagos.

“I Urge Members of the Public to focus more on what they See or hear from Major Newspapers and Television Stations who have names to protect and avoid the Avalanche of Lies and Fictions that is coming out from blogs & Social Media everyday,” Abba added.

Kyari however added that “yes, we agree Evans is the biggest and most Notorious Criminal arrested during the Social Media Age in Nigeria. Thus, there should be some decree of docorum and honesty in reporting news please.