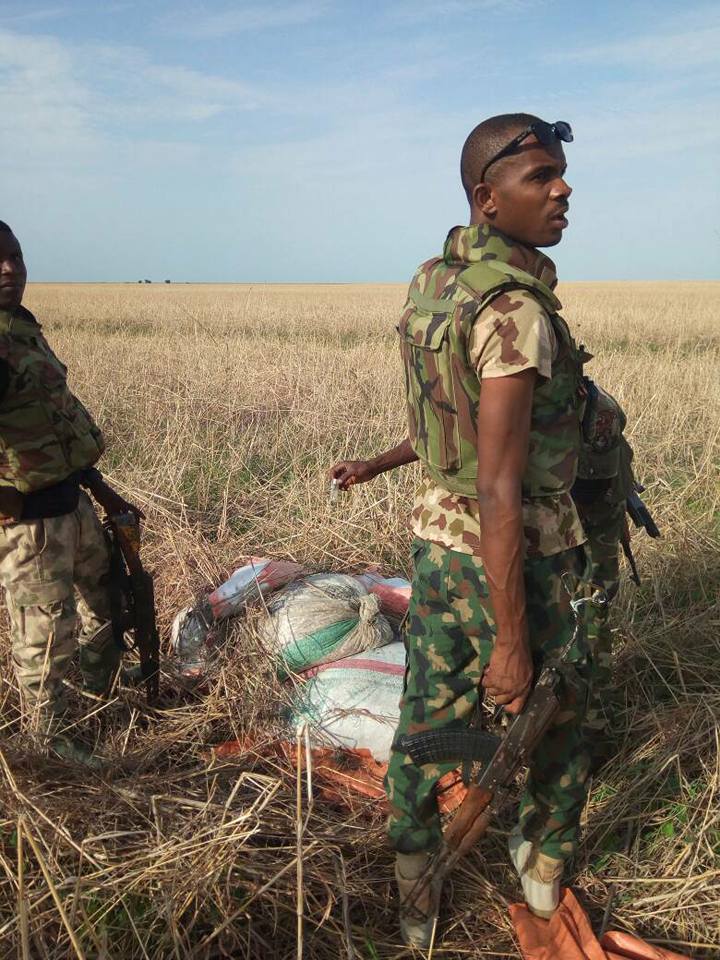 5 Neutralized In An Ambush In The Northeast, Troop Discover IED

In another operation in Gamboru based on tip, troops of 3 Battalion, 22 Brigade Nigerian Army, ambushed Boko Haram terrorists along Gamboru-Mussini-Logomani that came to loot and burn a broken down truck loaded with assorted goods at Mussini village. The troops neutralize 5 terrorists and further exploitation recovered 1 AK-47 rifle with registration number 565203290, 1 AK-47 magazine, 3 rounds of 7.62mm (Special) ammunition, 27 Bicycles, 10 Machetes and 1 Dagger.