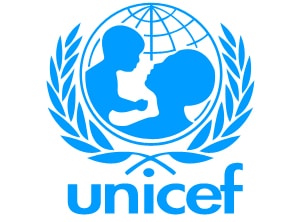 The Director, Office of the Public Defender (OPD), Mrs Olubukola Salami, said on Friday that the Office, in collaboration with UNICEF, have secured the release of 152 children from custody.

Salami announced this at the media chat with stakeholders on “Children in Conflict with the Law,’’ in Lagos.

“Since the commencement of the collaboration, 334 children have been represented by the OPD, 221 cases concluded and 152 children released from custody and reunited with their families,’’ she said.

Salami said that though children were supposed to be treasured as the future of the nation, they were at the bottom ladder of the embedded power structure in Nigeria.

“Their opinion rarely matters, they are openly discriminated against in the family and in their environment.

“To address such inequalites, it will require the continuous strategy of enlightenment involving multiple actors and institutions.

“It is, therefore, recommended that a package of training and awareness creation go hand-in-hand with socio-legal aid. To this end, a coalition of actors is needed,’’ she said.

Salami said that the Police should be trained and retrained to handle cases of children as the the law enforcement agents were the first point of contact for children in conflict.

“It must be emphasised that the police institution is central in the whole process because this institution is always the first point of contact for children in conflict with the law, as well as child victims.

“That is why Section 193 of the Child Rights Law, Lagos (2015) provides for the establishment of a specialised police unit to deal frequently or exclusively with children.

“According to the law, it is required to be primarily engaged with the prevention of child offences.

“To this end, the law required that this unit must be continually trained and instructed specially for the purpose of carrying out functions of prevention of child offenses, apprehension and investigation of child offenders,’’ she added. (NAN)