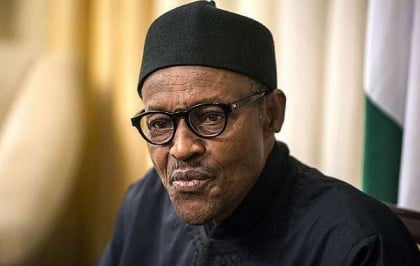 President Muhammadu Buhari on Monday expressed shock over the death of elder statesman, Alhaji Yusuf Maitama Sule, and condoled with the family, friends, government and people of Kano state over his demise.

Malam Garba Shehu, the Senior Special Assistant to the President on Media and Publicity, made this known in a statement issued in Abuja.

The presidential aide said Buhari’s message was contained in a personal letter of condolence he sent to Gov. Abdullahi Ganduje of Kano State, “in which he expressed profound shock over the death of elder statesman.

According to Shehu, the letter, personally signed by the President, also described the death of Sule as a “heavy loss,” adding that the letter will be delivered by the federal government’s delegation to the burial of the deceased as constituted by the Acting President.

The President’s letter reads thus: “I have heard this morning, the death of the venerable Alhaji Maitama Sule, Dan Masanin Kano, and one of Nigeria’s famous sons. Although, I knew he was in poor health for some time, his death nonetheless, came as a profound shock.

“”As a Minister in the First Republic, he was one of those who assisted our Founding Fathers, Dr Nnamdi Azikiwe, Chief Obafemi Awolowo, Alhaji Ahmadu Bello and Alhaji Abubakar Tafawa Balewa, to fashion Nigeria politically and lay the grounds of national co-existence.

“”Maitama Sule was blessed by God with a wonderful voice and outstanding eloquence. He served with distinction in the First Republic, the Second Military regime, as well as the Second Republic, without him being tainted with the remotest hint of scandal.

“”As a person, I found him personable with unceasing good humour. Nothing personified his faith more than the fact that on losing his sight, he did not retreat in himself sulking on account of his ill-fortune.

“”Quite to the contrary, he honoured virtually all invitations extended to him and spoke as usual with singular eloquence and unparalleled wit.

““In my discussions with him, I greatly valued his counsel, and I never ceased to be amazed by his concern for the well-being of his country rather than his personal interests.

““Let me extend my sincere condolences to Your Excellency, family and friends, the Government and people of Kano, and Nigerians as a whole, for this most heavy loss. We shall not soon see the like of him.
“May God forgive his sins and admit him to Paradise, Amin.’’

Maitama Sule’s death was announced on Monday in Kano by one of his sons, Alhaji Mukhtar Sule, saying that his father died in the early hours of Monday in a hospital in Cairo.

He said that the man passed on at 87, and left a wife and four children.

A politician and diplomat, Sule was born in Kano in 1929. He started his career as a teacher and was later elected into the Federal House of Representatives in 1954.

In 1958, he was Chief Information Officer to the Kano Native Authority, and in 1959, he was appointed Federal Minister of Mines and Power.

He was a member of Nigeria’s delegation to the Addis Ababa Conference of Independent African States in 1960.

The deceased statesman became Nigeria’s Permanent Representative to the United Nations in 1976 during the tenure of Kurt Waldheim as Secretary-General of the world body.

He was also Federal Commissioner of Public Complaints in 1979 and vied for the ticket of the defunct National Party of Nigeria for the 1979 presidential election, but lost to Alhaji Shehu Shagari.

Sule was also assigned as representative of Nigeria’s President to the Lancaster House Talks on Zimbabwe in London and was also counsel to African Leaders on Zimbabwe crisis.

Former President Shagari appointed him Minister for National Guidance in 1983, a portfolio designed to assist the president in tackling corruption.(NAN)