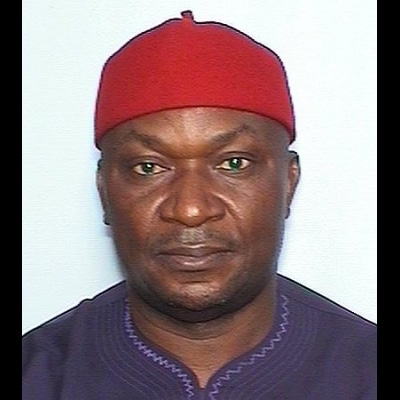 The Muslim Media Watch Group of Nigeria, wish to condemn Rep. Linus Okorie from Ebonyi State for sponsoring an obnoxious and insultive Bill in the House of Representatives calling for legalisation of granting of full Amnesty for Treasury looters in Nigeria.

The bill which was tabled for discussion in the Lower Chambers of the National Assembly on Wednesday June 14th,  passed through the first reading; and it is to be tabled for 2nd Reading this month.

The Group sees the bill as an affront not only on the anti-corruption stance of the present Administration but an insult on all Nigerians.

According to the sponsor Linus Okorie,  because of our concern to recover the looted funds, if the criminal confesses and ready to part with substantial part of the loot and even anyone of them establishes Industry with the looted funds, he or she should be pardoned and granted full Amnesty.

This bill speak volumes as it is a follow-up to what President Goodluck Jonathan did for his Benefactor, Late Chief D.S.P Alamesighia who was convicted of criminal offences bothering on looting of the Bayelsa  State Treasury. The trial which revealed several billions of Naira amassed illegally by the Late politician, later earned him conviction, he was jailed and some of his assets were confiscated to the Bayelsa State Government including one big Hotels he built in Abuja.

On being sworn in as President after the death of President Umar Musa Yar’adua, Jonathan granted Alamesighia full Amnesty and in spite of numerous criticisms from various quarters, Jonathan did not reverse the order.

What Rep,. Linus Okorie is therefore calling for by his bill, is legalisation of corruption, celebration of treasury looters and a call on public office holders  to loot, loot and loot! Has any  Nation survived under such circumstance?

We therefore call on the people of his Constituency in Ebonyi State to come out and support the bill of their Representative – Okorie. However,  if they consider the bill offensive and obnoxious the way most Nigerians see it, he should be recalled immediately.

The Muslim Media Watch Group of Nigeria hereby warn the leadership of the Lower Chambers of the National Assembly  to justify their existence by censoring responsibly proposed bills in-order to prevent embarrasement. Ideally, such a bill ought  not to have surfaced in that Legislature at all; but for it to have surfaced and passed through the 1st Reading, it means that most of our legislators are stinkingly corrupt and their occasional condemnation of acts of corruption is mere rhetoric.

Kano State is observing today Tuesday 4th July as Public Holiday to bury and honour one of the finest Nigerian Politicians, Diplomats and Leaders – Alh. Yusuf Maitama Sule – Danmasanin Kano who passed-on yesterday at the age of 88 years.

Alh. Maitama Sule was an outstanding  Nationalist and Patriotic Leader whose leadership qualities is most needed now. He was deeply religious, non-tribalistic fearless, cougeous and absolutely incorruptible.

Throughout his political and  public service life  including his services as  Federal Commissioner, Nigeria’s Permanent Representative in the United Nations and other National and International assignments, he was an epitome moral and spiritual values.

Nigerian politicians of today should learn a lesson from Danmasanin Kano’s life by putting a halt to their illegal pursuit of wealth and by serving the people holistically instead of themselves alone as it is today.

What the Life and Times of Late Yusuf Maitama Sule represents is that, we are  still be blessed with people who are reliable, incorruptible, competent and capable who could steer the ship of this Country.  Even though, they are few, the Nation should still be hopeful that ‘good Leaders still abound’. Our prayers should be that ‘May Allah direct our thoughts to fish them out and instal them soonest – Ameen.

The MMWG prays to Almighty Allah to forgive the departed and grant him the best place in Paradise – Ameen.