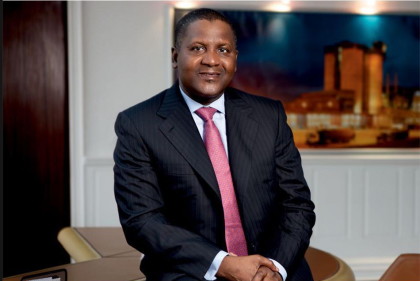 The News Agency of Nigeria (NAN) reports that Dangote made the donation on Monday, at the palace of the Ooni of Ife, Oba Adeyeye Ogunwusi.

The fracas, between the Yoruba and Hausa residents of the city, claimed many lives.

A panel of inquiry set up by the Osun State Government, which began sitting on April 19, received 406 memoranda. Most memoranda contained demands for compensations.

Dangote, who was represented by Mrs. Suera Yusuf, Managing Director of Dangote Foundation, said that the N50 million would be shared among 220 victims.

“Each of the 220 victims will receive a cheque commensurate with the losses suffered,” Yusuf said.

She expressed the Foundation’s readiness to assist victims of violence so as to ameliorate their sufferings, but cautioned youths against being used to perpetrate such violence.

The Managing Director called for unity between the Yoruba ad Hausa residents of Ife, saying that peace and unity would attract development and posterity to the city.

Ogunwusi, in his remarks, thanked Dangote for the gesture which he described as “encouraging”.

He called for more cooperation between traditional rulers and the private sector, saying that such partnership would benefit the country.

The traditional ruler cautioned youths against resorting to violence over the slightest excuse, pointing out that development was impossible without peace.

He challenged wealthy Nigerians to give something back to the society by emulating Dangote’s humanitarian gestures.

Also speaking, the Emir of Kano, Alhaji Sanusi Lamido, hailed the Ooni for his leadership role during the crisis, saying that his neutrality helped to douse tension and fear.

“From the north, we were convinced not to issue any public statement after Ooni explained the steps he had taken; he indeed deserves our praise,” he said.

Lamido cautioned Nigerians against hate speech, suggesting that dialogue be used to resolve every disagreement.

Chairman of Ife Progressive Union, Prof. Muib Opeloye, commended the monarchs for facilitating the donation, and described the incident as “unfortunate”. (NAN)