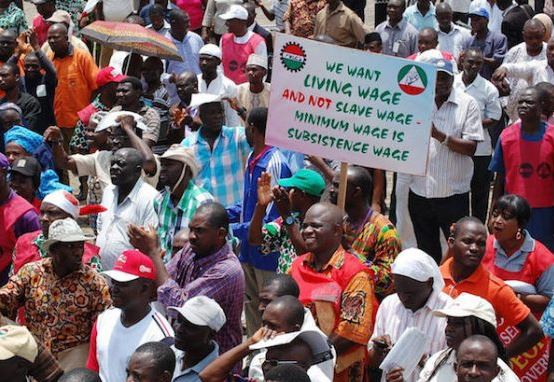 The labour leader on Monday appealed to the Federal Government to constitute a national minimum wage review committee without delay to alleviate workers’ suffering.

”There is no way the economy can recover with poorly paid workers,’’ Aremu, said.

The Federal Government had on May 23 said that it would set up a 29- member committee to review the minimum wage. The Trade Union Congress and the Nigeria Labour Congress have been agitating for increase in minimum wage from N18,000 to N56,000.

According to Aremu, there is no need for delaying constitution of the committee since it has been approved by the Federal Executive Council. He said that increase in the wage should not be tied to increase in government revenue.

“Increase in wage is a matter of law and not based on government revenue generation.

“It is long overdue; our patience is running out. We have already lost two years.

“We hope the organised labour will not resort to industrial action. The government should avoid this.

“Previously, there was no increase in wage without a nationwide strike, and strike is not healthy for anybody. We have enough problem in the economy,” Aremu said.

He said that the payment of a correct wage at the right time was a major way to economic recovery. He, however, commended Acting President Yemi Osibanjo for giving an executive order on ease of doing business.

Aremu said that the government’s decision would improve investment and develop the economy.