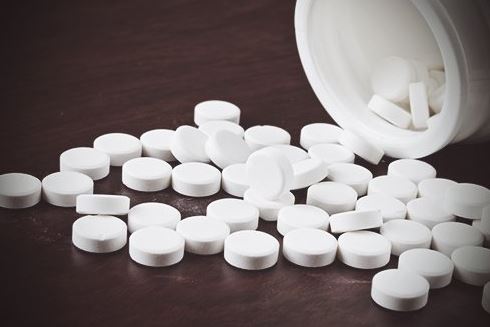 The Command’s Public Relations Officer, DSP Magaji Majiya, made the disclosure while briefing newsmen on Tuesday in Kano.

He said that the 22-year-old man, suspect was arrested on July 16.

“Arinze who resides at Jaba Quarters in Kano is an indigene of Anambra state; he  is in police custody for transporting 25 cartons of hard drugs (Tramadol tablets) valued at N17.2 million from Lagos to Kano.’’

He said that the drugs were concealed in LG Plasma TV to beat security agents on the road.

“The suspect passed through security checks from Lagos, but the trailer was intercepted along Kano Eastern Bye-pass by vigilant detectives” he said.

The PPRO, who said that the suspect had confessed to the crime, added that detectives had swung into action to arrest his accomplices.

Tramadol, sold under the brandname Ultram among others, is an opioid pain medication used to treat moderate to moderately severe pain.

When taken as an immediate-release oral formulation, the onset of pain relief usually occurs within about an hour.[6] It has two different mechanisms. First, it works by binding to the μ-opioid receptor.

Second, it inhibits the reuptake of serotonin and norepinephrine. It is often combined with paracetamol (acetaminophen) as this is known to improve the efficacy of tramadol in relieving pain.

Abusing tramadol can lead to tolerance and dependence. Individuals who abuse tramadol for an extended period of time and develop psychological dependence may begin to experience compulsive cravings to take the drug and to feel that they need it to cope with everyday problems.

People who are psychologically addicted to tramadol can feel anxiety if they do not have access to the drug and will engage in behaviors such as doctor shopping or prescription forgery in order to maintain their supply.

Abusers who continue to take tramadol long enough and at high enough doses will eventually develop a physical dependence on the drug and experience unpleasant, or even dangerous, symptoms of withdrawal if they stop taking the medication.