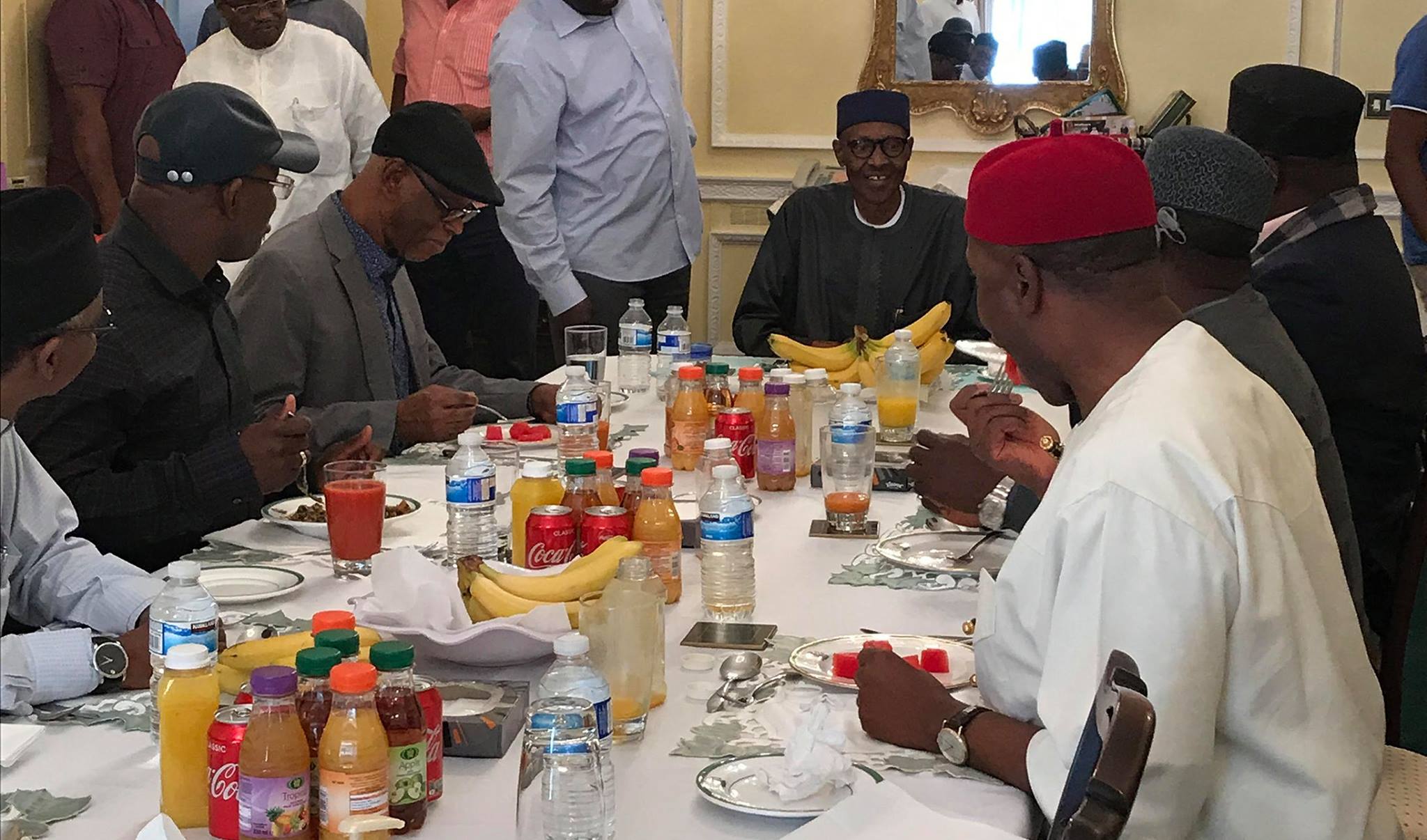 President Muhammadu Buhari on Sunday in London received a delegation of All Progressives Congress (APC) which comprised national leadership of the party and its governors.

Mr Femi Adesina, Special Adviser to the President on Media and Publicity, confirmed this in a statement in Abuja on Sunday, and said that the delegation was led by National Chairman of APC, Chief John Odigie-Oyegun.

Adesina, who spoke to the delegation while they were with the president, via telephone, quoted one of them, Gov. Rochas Okorocha as saying that Buhari was
“very cheerful and has not lost any bit of his sense of humour.

“The governor said that the party delegation spent more than an hour with Buhari over lunch, and that it was very clear from the discussions that he followed developments at home very closely.

“He said that the president was delighted to receive the delegation and asked each governor about affairs in his state.

“He also said that Buhari asked the Minister of Transportation, Rotimi Amaechi, about the state of the railways.

“When asked to react to all the negative things being said about him, the president just laughed, describing such negative reports as lies.’’

According to the statement, Okorocha said Buhari was completely unperturbed by the cocktail of lies.

“He, instead, sent his best wishes to Nigerians.’’

“Nigerians have no course to worry at all as the president will be back as soon as the doctors give him the green light.

“By our visit to London today, the merchants of lies have been put out of business and Nigerians will not buy the garbage they have been selling.

“All those who look up to fake news can find better use for their time,’’ the statement quoted Okorocha as saying.

The statement said Governors Umaru Al-Makura of Nasarawa, Nasir El-Rufai of Kaduna and Yahaya Bello of Kogi, were also in the delegation.

On July 11, Acting President Yemi Osinbajo also visited the president in London and reported that he was recuperating fast.

The president left Abuja for London on May 7 for follow-up on his medical checks. (NAN)