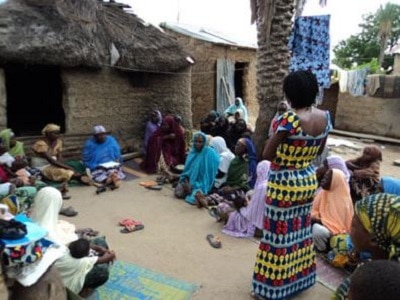 Worried by the declining interest of women in exclusive breastfeeding, Sani Hassan, a Consultant Nutritionist, on Monday, advocated the adoption of faith-based strategy to promote the practice.

Hassan told the News Agency of Nigeria (NAN) in Kaduna that the strategy would increase the knowledge of many nursing mothers on the practice of exclusive breastfeeding.

He lamented that only about 10 per cent of nursing mothers in Kaduna State were knowledgeable on exclusive breastfeeding.

The nutritionist said cultural norms and practices were responsible for the inability of the state to attain optimal Infant and Young Child Feeding (IYCF).

He said that much sensitization had to be done to bridge the gap between knowledge and practice among women and nursing mothers particular in the state.

According to him, the faith-based approach strategy will help to convince the women more than what the health experts or personnel tells them.

“For example, Islam demands that a nursing mother breastfeeds her child for two years. And I believe Christianity may have similar injunction.

“This is because, Nigerians are religious people. I am confident that its practice would improve significantly if the strategy is adopted and implemented.”

According to him, breast milk is vital for the wellness of newborns from infancy to adulthood because it provides all the nutrients infants and young children need to fight infection and prevent diseases.

He noted that optimal breastfeeding prevents infants from becoming malnourished.

Meanwhile, the Kaduna State Government with support from the United Nations Children’s Fund (UNICEF) has procured N750 million worth of Ready To Use Therapeutic Food (RUTF) to treat Severe Acute Malnourished (SAM) children.

Malam Dauda Anchau, Quality Assurance Officer, Kaduna Emergency Nutrition Action Plan (KADENAP), who made the disclosure at a Mid-Year Review meeting organised by UNICEF in Kaduna, said that the effort was to change nutrition indices in the state.

Anchau said that no fewer than 4,232 children were admitted in 23 SAM management health facilities and Community Management of Acute Malnutrition (CMAM) sites in the state between January and May 2017.

The official also said that CMAM sites had been scaled up from two to three local government areas of the state, to increase access to services for 31,346 children in the state.

He expressed optimism that by 2018, the proportion of zero to three months old children optimally fed would increase to 50 per cent.

“This is because, there are 349 functional support groups in Kajuru and 45 in Zaria local government areas that counselled 8, 642 pregnant and lactating mothers on Infant and Young Child Feeding.

“Similarly, 14,280 caregivers were reached with IYCF messages through support groups, ” he added.

Anchau said that scaling up of CMAM sites from three to seven would be among their key priorities in 2018 when they hope to reach over 200,000 severely acute malnourished children in the state.