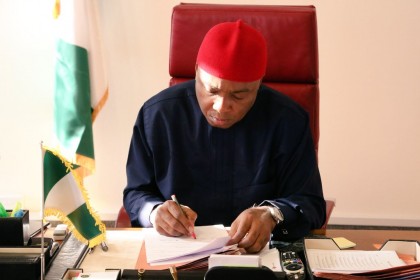 The Bill was referred to the Committee on Anti-Corruption, which is Chaired by Senator Chukwuka Utazi (Enugu North). The Committee has been asked to present its report to the plenary on Wednesday, July 26th.

Recall that on Wednesday, July 19th, the Senate resolved to pass a law to establish a substantive and autonomous Nigeria Financial Intelligence Unit (NFIU), following the suspension of Nigeria from the EGMONT Group.

The EGMONT Group is a network of 152 Member Countries that share information relating to criminal intelligence and financial investigations that deal with money laundering, terrorism financing, proliferation of arms, corruption, financial and economic crimes.

Nigeria was suspended from this group for not having an independent Financial Intelligence Unit. Since then, the Senate has worked to fast-track the Bill to ensure that the country is readmitted into the Group.

In the event of an eventual expulsion — following its current suspension — Nigeria will no longer be able to benefit from the financial intelligence shared by the other 152 member countries, which includes the United States and the United Kingdom, and therefore will significantly hamper its ability to recover stolen funds that are allegedly stashed abroad.