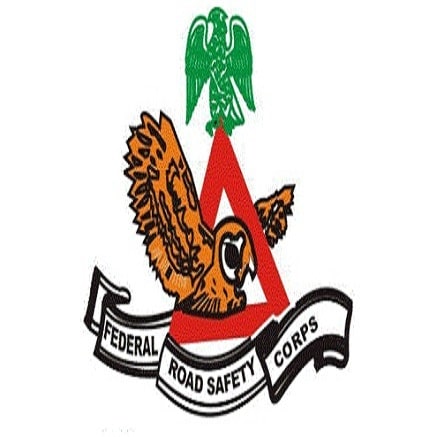 An alleged attempt by a commercial bus driver in Abakaliki to abducted a Federal Road Safety Commission (FRSC) official has led to a road crash, killing one person, according to the Ebonyi FRSC Sector Commander, Stella Uchegbu.

Uchegbu confirmed the incident to the News Agency of Nigeria (NAN), noting that the incident happened on the Ezzamgbo axis of the Abakaliki-Enugu Federal Highway.

According to her, the driver of the white-coloured Toyota Hiace bus with registration number CX 167 PHC, was apprehended for overloading and a marshal was detailed to lead him to the FRSC headquarters on the expressway for further action.

“The other officers on patrol noticed that instead of diverting to the route leading to our headquarters, the driver fled on top speed with our officer alongside the passengers, towards Enugu.

“This was a clear case of abduction and the officers pursued the bus with our patrol van before the Army checkpoint at the Ezzamgbo axis of the road when the bus suddenly somersaulted.

“Passengers inside the bus sustained varying degrees of injuries as our officer sustained a serious leg-fracture before a mob descended on our officers and beat them to stupor.

“These include our officers inside the patrol vehicle who wanted to rescue our abducted officer as unconfirmed reports indicates that one person died as a result of the incident,” she said.

Uchegbu said that the injured officers were receiving treatment at a hospital as she was shocked to hear that a serving commissioner in the state aided the mob attack and destruction of FRSC’s vehicles.

“I am still in shock to hear that the commissioner used his Prado Jeep to prevent our patrol vehicle from retreating and instructed the mob to attack our officers.

“Mob and various forms of attacks on our officers in the state and across the country are becoming incessant despite all efforts to enlighten the citizens that our activities are not to undermine but to save them from dangers on the road.

“The individuals involved in these mob actions don’t care to listen before they attack us and we wonder whether the attacks occur because we don’t carry arms like other security outfits,” she queried.’’

On further investigation, NAN spoke with the commissioner being accused,  Mr Charles Akpuenika, in charge of Sports and Youth Development.

Akpuenika denied the allegation, saying that he only parked his car to rescue the accident victims and restrain the mob from inflicting more harm on the officials.

“I was returning to Abakaliki from Enugu and before the Army checkpoint of the Ezzamgbo axis of the road, I saw a fully-loaded bus on high speed with two FRSC vehicles in hot pursuit.

“The bus started somersaulting and people rushed to rescue the passengers with one of the FRSC vehicle turning suddenly to leave the scene.’’

“I expected the vehicle to participate in the rescue process as the passengers started pursing the FRSC vehicle, shouting that it was the cause of the accident which led to the death of the bus conductor,” he said.

DSP Jude Madu, the Ebonyi Police Command Public Relations Officer (PPRO), told NAN that he had not officially received reports of the incident.

“I can only confirm whether any death was recorded, any arrest made and other relevant information on the incident when I officially receive its report,” he said.