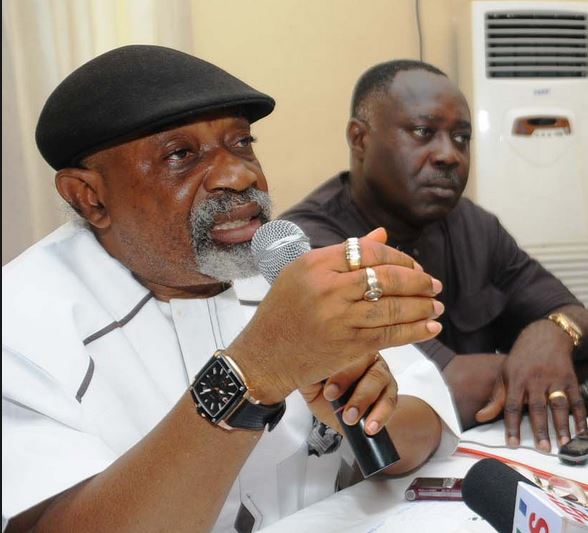 The Federal Government has appealed to the Academic Staff Union of Universities (ASUU) to suspend its ongoing strike in the universities in the interest of the nation.

Sen. Chris Ngige, Minister of Labour and Employment made the appeal in a statement signed by Mr Samuel Olowookere, Deputy Director, Press, in the Ministry, on Tuesday in Abuja.

The Academic Staff Union of Universities (ASUU) had on Monday declared an indefinite strike over Federal Government failure to keep to the 2009 agreement.

According to Ngige, there is an ongoing renegotiation of the 2009 agreement between the Federal Government and ASUU by the Babalakin Committee.

“The Federal Government has set up the Babalakin Committee on 13th Feb. 2017, which is already addressing the issues raised by ASUU.

“Though the Federal Government did not wish to apportion blame, it is important to note that ASUU did not follow due process in the declaration of the industrial action.

“As it did not give the Federal Government, the mandatory 15 days’ notice as contained in the Section 41 of Trade Disputes Act, Cap T8, 2004.

He, however, noted that the letter was to inform the Federal Government that ASUU has commenced strike, adding that this is not a declaration of intention to go on strike as contained in the Trade Dispute Act, 2004.

He further said that since the case was being conciliated, it was against the spirit of Social Dialogue and Collective Bargaining Agreement (CBA) for ASUU to embark on strike as enunciated in the International Labour Organisation (ILO) Convention.

“The Federal Government therefore wishes to appeal to ASUU to consider students who are currently writing degree and promotion examinations. Please call off the strike and return to the negotiation table.’’

The minister added that the Ministry of Labour and Employment would ensure that a time frame is tied to negotiation this time around.

Ngige added that the Babalakin Committee was ever ready to continue the negotiation.

He also noted that the necessary ingredients for fruitful social dialogue as well as adequate powers to negotiate and make recommendations to the Federal Government had been put in place.