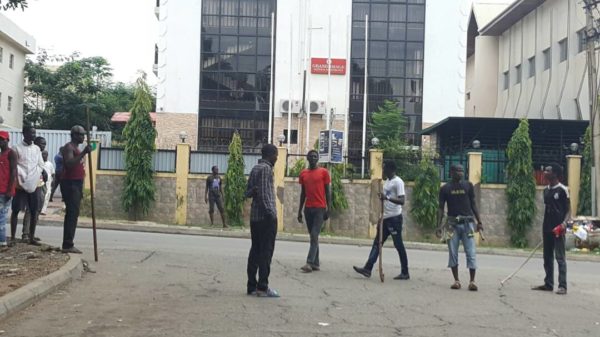 Cosmas Uzodinma, Abuja: The attention of the Federal Capital Territory Administration has been drawn to reports and misrepresentations on the recent clash between anti-Buhari protesters led by Charle y Boy Oputa and a segment of traders in the Wuse Market of Abuja.

It is noteworthy that this incident has spun a lot of versions and false figures of purported casualties. Indeed our findings which were confirmed by the various security agencies clearly indicate otherwise.

For the avoidance of doubt, therefore, the FCT Administration hereby states that there was NO LIFE LOST due mainly to the timely intervention of the Security and the Market Management agencies.

The FCT Administration wishes to convey its appreciation to various agencies and organizations whose timely intervention stemmed the situation from degenerating into a major crisis.

The Administration notes that the market has since been re-opened to the general public and that normal activities have resumed.

We reiterate the Administration’s commitment to the protection of freedom of expression and lawful assembly, but caution that this must be done within the ambits of law and civilized conduct.

Consequently, the FCT Administration warns that staging political protests in markets and other unauthorised areas would not be tolerated and any person or group involved in this act would be apprehended and prosecuted in accordance with the law.

We urge all the law abiding residents of Abuja to go about their business without fear of any molestations as the FCT security agencies are geared to ensure the security of lives and property in the Territory.