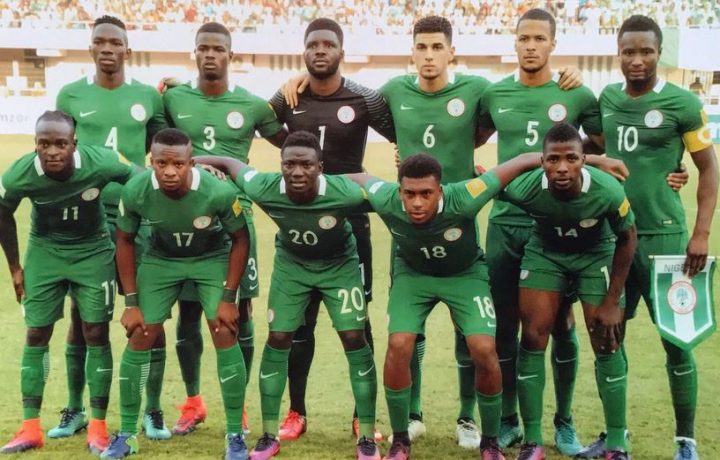 Super Eagles of Nigeria, the current table –toppers of Group B of the 2018 FIFA World Cup qualifying race are confident of overhauling Cameroon’s Indomitable Lions when both teams clash in what is best described as the biggest match of Africa’s topflight sides in football scheduled for Friday.

Reigning African champions Cameroon come to town at a time the Eagles are fully committed to establishing an unassailable lead in the pool, and on the back of Nigeria having won the last three encounters between both nations at senior level.

Cameroon won the African title in Gabon early in the year – a championship for which Nigeria failed to qualify – and then tucked three big games under their belt at the FIFA Confederations Cup in Russia in the summer. Yet, they have a mountain to climb against a Nigerian side ready to rise to the occasion in front of a partisan home crowd at the Godswill Akpabio International Stadium.

The Lions will derive little comfort from glancing at the Group B table, on which they lag behind Nigeria with as many as four points, and also realize they have never beaten Nigeria in a World Cup qualifying match played in Nigeria.

Team captain Mikel John Obi is at the head of 22 players who were as at Tuesday morning in the Akwa Ibom State capital for the big encounter, with only Cyprus –based Abdullahi Shehu and Russia –based Aaron Samuel still expected at the Ibom Meridien Hotel.

Eagles’ Technical Adviser, Gernot Rohr, told thenff.com on Tuesday that his wards are fully focused on what pundits have referred to as Nigeria’s biggest match of the year.

“It is a big match and we are fully focused and committed. The players know what it means; they need little or no reminding of how important this match is. I am happy we have almost the full house now and can concentrate on our tactics for the game.”

Nigeria, on six maximum points from their first two matches, will all but seal a place in Russia if they snap up the three points on offer on Friday evening. Zambia and Algeria, the other two teams in the group, have one point each and clash at the Heroes National Stadium in Lusaka on Saturday.