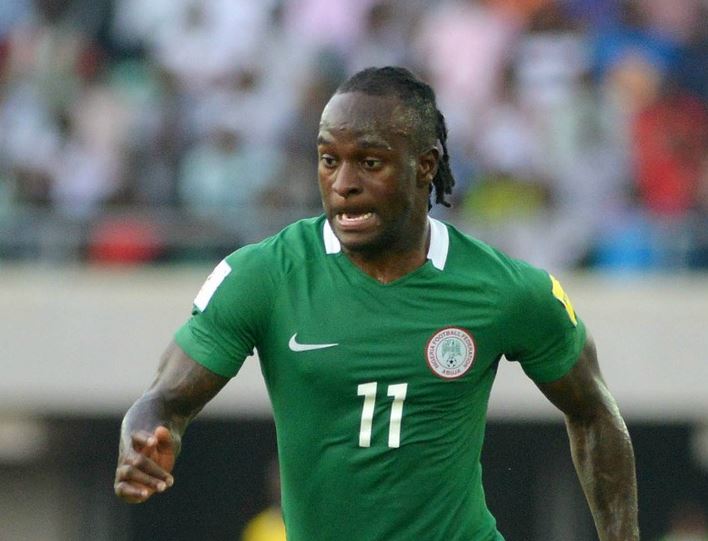 despite an injury that hindered him for some the Super Eagles matches including the loss to South Africa, it is undeniable that when he does play, Victor Moses does a madness in green and white.

Dominated Collins Fai all day, scored one and assisted another, and just looked different class. When he flies, Nigeria goes into warp speed.

Moses and former Chelsea midfielder John Obi Mikel were the two outstanding players of the Super Eagles that took a big step towards Russia 2018 in a match that was perceived to be a herculean task for Nigeria.

He made a return to Chelsea after a couple of loan spells in other English Premier League Clubs. After impressing new manager Antonio Conte during the preseason, Moses was included in the first-team squad.

Moses was cleared by FIFA on November 1st, 2011 (both him and Shola Ameobi) to play for Nigeria.

He was called up to Nigeria’s 23-man squad for the 2013 Africa Cup of Nations, scoring two penalties in their final group stage game against Ethiopia, which Nigeria needed to win to go through and Nigeria went through to win the title.