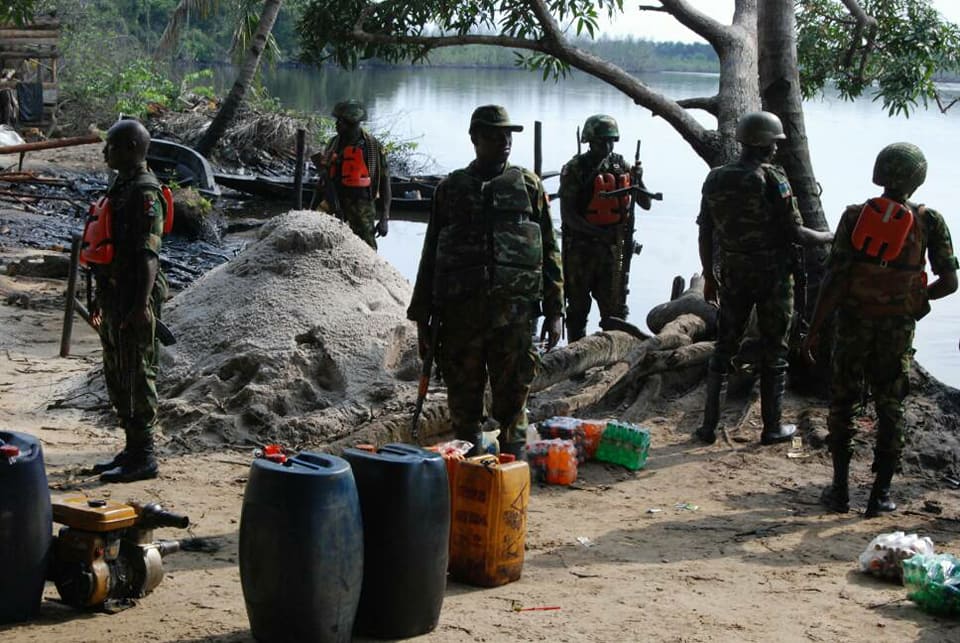 Troops Operations Against Criminals In The South South

Aminu Iliyasu, Port Harcourt: In line with its constitutional mandate, barely 2 months after its formal operationalization, the 6 Division Nigerian Army Port Harcourt has stepped up operations to deter various criminal acts being perpetrated within its Area of Responsibility (AOR). These operations include; Anti-Illegal Oil Bunkering, Anti-Kidnapping, Anti Robbery, Anti-Cultism, Anti- Piracy as well as Stop and Search Operations against other sundry crimes being committed against law-abiding and peace loving citizens of the Niger Delta with huge successes recorded so far.

Most recently on 4 September 2017, troops of 6 Division Garrison, Port Harcourt on routine Anti-Bunkering patrol to Elechi and Abonnema Wharf discovered and destroyed several quantities of suspected illegally refined Automated Gas Oil. In a similar operation conducted by troops of 29 Battalion Tactical Headquarters, Bille, Rivers State troops encountered armed illegal bunkerers short of Feropkakama a notorious bunkering site, who on sighting troops opened fire. However, the gallant troops repelled the attack and pursued the scampering criminals deep in to the creeks with many of them sustaining gun shot wounds. Unfortunately, 2 brave soldiers were wounded in action, one of them critically but both are responding positively to treatment at a military facility in Port Harcourt.

In another development, troops of 3 Battalion (Rear), Warri continue to dominate their AOR with the conduct of Stop and Search Operations with a view to maintaining the fragile peace that exists in the area and to identify, detect and intercept criminals, arms and ammunition within the area. This proactive measure has significantly reduced attacks on innocent communities particularly along Ogbe-Ijoh and Aladja boundary, Isaba community, Mofor, Okwuokwuoko, Warri/Sapele and other notable hot spots around Warri metropolis. 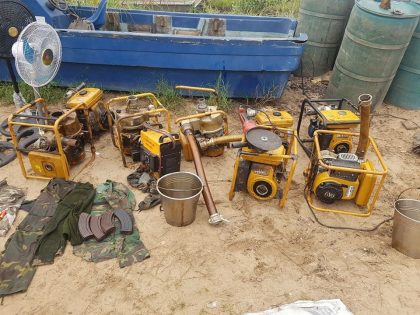 In a follow-up operation conducted on 5 September 2017 by troops of 29 Battalion Tactical Headquarters, Bille, Rivers State to the notorious illegal bunkering site at Feropkakama Camp where the troops had an encounter the previous day, more success was recorded as troops discovered 14 Pump Action catridges, 4 empty AK 47 magazines, 8 pumping machines and several other illegal bunkering tools while a massive manhunt in conjunction with other sister security agencies is under way to track down and arrest the fleeing criminals in order to bring them to justice.

In a related development, troops of 130 Battalion in Harris Town, Rivers State arrested one of the notorious kidnap kingpins known as Mr David Owhor AKA Chile who along with his gang members (at large) have been terrorising innocent people along East-West Road between Port Harcourt and Choba general area. The suspect is currently in military custody making useful confessions and assisting security agencies in making tremendous progress in the investigation that will lead to the eventual arrest of other gang members. 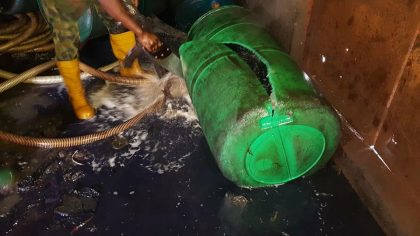 The Division wishes to thank all peace loving citizens of the region particularly those that are voluntarily assisting the Command with vital and timely information that is aiding us to achieve positive results in our efforts to protect lives and properties of all citizens and create a conducive atmosphere for peaceful co-existence. The Command also wishes to restate it’s commitment to crushing all forms of crime against the Niger Delta people by criminal elements within the region.