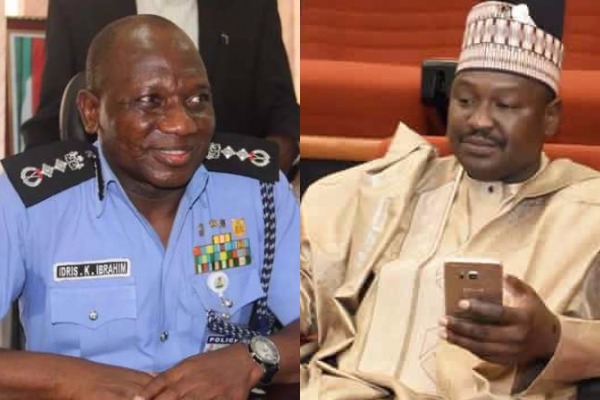 The Police Service Commission has laid to rest controversy surrounding the retirement letter of the Chairman Senate Committee on Navy, Senator Isah Misau from the Nigeria Police Force.

The Inspector General of Police (IGP), Ibrahim Idris had alleged that the Senator was a deserter adding that his retirement letter from the Force was forged.
The controversy arose after the Senator accused the IGP of collecting bribes from some officers before they were promoted.

The Police Service Commission on Wednesday however said the letter was not forged and that the Senator’s retirement from the Force followed due process.

The Commission also said it issued the letter to the Senator.

The Senator who was expected to appear on Wednesday by 11am before the panel set up by the Commission to confirm the authenticity of his letter however failed to show up.

The Commission explained that the Panel headed by Justice Olufunlola Adekeye went ahead with the meeting and found out that his retirement letter was authentic and was done based on recommendation from the Force Headquarters in Abuja.

Confirming the authenticity of the letter to The Nation, the Commission’s Spokesman, Ikechukwu Ani said: “The Senator did not honour the invitation but the panel still went ahead to sit.

“At the meeting, the Panel made some inquiry and they confirmed that the Commission issued the letter and that it was based on recommendation for retirement from the Force Headquarters.

“The Police normally recommends people to us for retirement, so the recommendation came to the Commisssion and Misau’s name was included.

Ani further said: “We just confirmed that the retirement followed due process. The letter was dated 5th March, 2014 to take effect from the 1st of December 2010.

“The Commission has gone through their document and confirmed that we issued the letter with reference number;PSC/1034/V8/244. What are simply saying is that we gave him the letter of retirement.