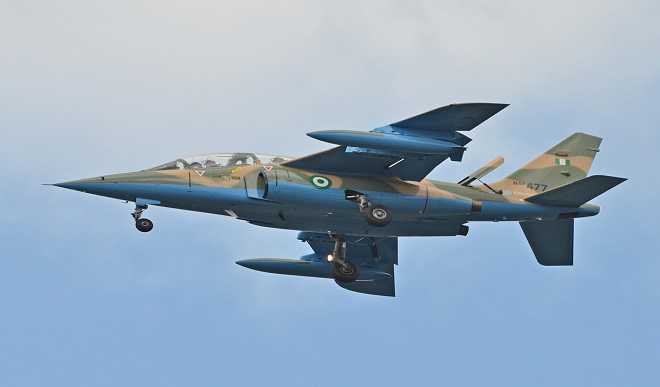 Quite a number of BHTs had earlier been spotted, from a NAF Intelligence Surveillance and Reconnaissance platform, entering the buildings apparently for meetings. The F-7Ni and the Alpha Jet aircraft were detailed to attack the target.

Overhead the location, the target was acquired and engaged by the 2 aircraft, in rapid succession. Subsequent Battle Damage Assessment revealed that the targeted structures went up in flames, killing its occupants.