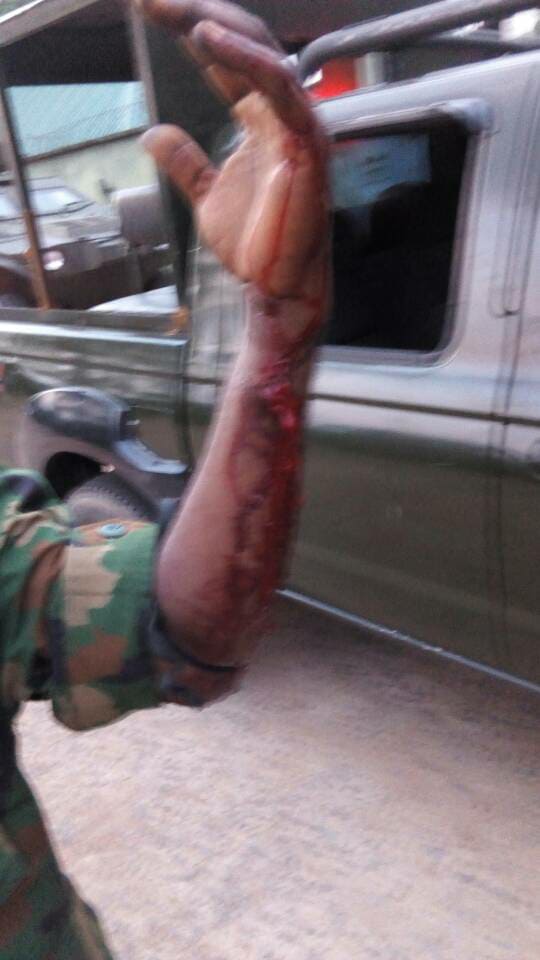 What Really Happened At Home of Nnamdi Kanu When Troops Invaded

Oyegoke Gbadamosi, Unuahia: The attention of 14 Brigade Nigerian Army, has been drawn to fictitious news going round especially on the social media that troops have invaded the home of Nnamdi Kanu and killed 3 persons.

This is far from the truth. Rather, it was a group of suspected IPOB militants that blocked the road against troops of 145 Battalion while on show of force along FMC-Word Bank Road in Umuahia town, Abia State at about 6.00-6.30pm, today.

They insisted that the military vehicles would not pass and started pelting the soldiers with stones and broken bottles to the point of injuring an innocent female passerby and a soldier, Corporal Kolawole Mathew.

The troops fired warning shots in the air and the hoodlooms dispersed. No life was lost.

Therefore the public are kindly enjoined to disregard the rumours going round and the fictitious photographs of purported victims of attack. Both the soldier and the innocent female passerby have been evacuated to the unit’s Medical Inspection Room and are receiving treatment. 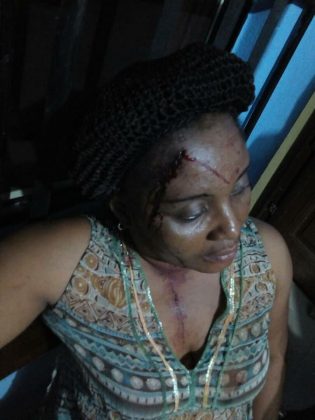 We would like to use this opportunity to warn mischief makers threatening the peace and security of the country through falsehood such as above.

Members of the public are please requested to go about their lawful business and report any suspicious activity to the nearest police station or security outfit.

NEWER POSTTroops, Boko Haram In an Ambush Where Many Neutralized
OLDER POSTAfrica’s biggest hatchery, feed mill to open in Kaduna