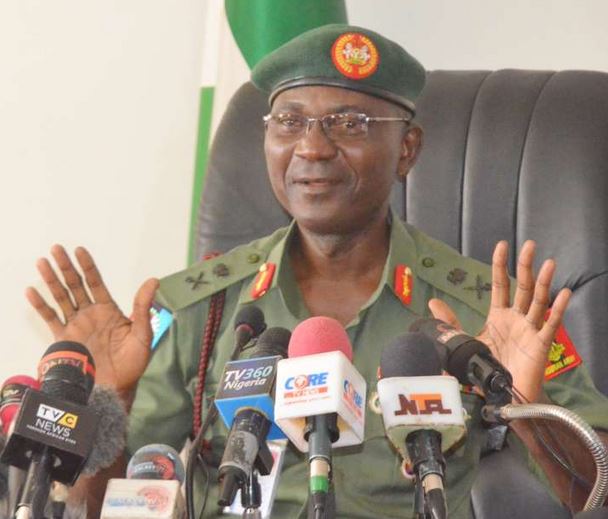 The Defence Headquarters has cautioned a group of Military Pensioners on its planned protest march in Abuja scheduled for the 13th of September 2017.

In a statement issued by the Director Defence Information, Major General, John Enenche on Tuesday in Abuja, adviced the group to seek a legal permit before proceeding with the protest.

“The Defence Headquarters has been informed of the planned protest tagged “LIBERATION” by a group of military pensioners, on 13 September 2017, in Abuja.

“In this regard, the group is adviced to get the legal permit from the Nigerian Police before embarking on such an exercise. This is to forestall any breakdown of law, order and breach of the peace.

“Objectively, the Defence Headquarters hereby advice the group of military pensioners involved in this plan, to desist and remain law abiding.” He said.

Maj.Gen. Enenche further adjured the group to explore the available channels of seeking redress through the appropriate organs/establishments of ex-servicemen and Armed Forces of Nigeria.

“This is for the information and necessary action of all military pensioners. It is equally for the awareness of the general public.” He added.