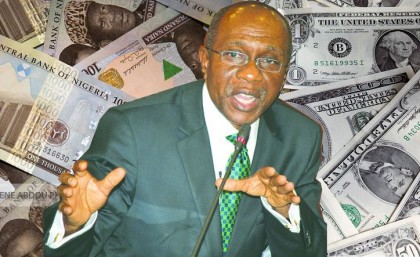 The Governor of Central Bank of Nigeria (CBN), Mr Godwin Emefiele, on Wednesday said that the bank would continue to explore further avenues to ensure that interest rates were supportive of domestic production needs.

Emefiele said this while delivering a keynote address at the 24th edition of the CBN annual seminar for finance correspondents and business editors in Awka.

The theme of the dseminar is “Import Substitution and the Dynamics of Interest and Exchange Rates Management in Nigeria”.

With on-going recovery in economic performance, he said the CBN would record improved outcomes in its effort towards taming inflation, reducing interest rates and guaranteeing exchange rate stability.

The governor added that the bank was consistently devising ingenious approaches to solve the country’s peculiar challenges and would continue to learn from the experiences of other countries, particularly developing nations.

Emefiele noted that the bank had consistently sought to formulate interest and exchange rate policies that were conducive to the development of domestic private industrial activities.

According to him, the CBN is also taking due cognisance of other macroeconomic variables.

The governor said the bank had identified structurally-induced inflation as a dilemma to policy makers on whether to align the rates with socially desired or policy consistent outcomes.

On mitigating the challenge, Emefiele said that CBN had embarked on massive monetary stimulus through direct interventions in sectors holding immense benefits for the broader economy.

“Such interventions have been in agriculture, Micro, Medium and Small scale Enterprises (MSMEs), power sector, aviation and youth entrepreneurship, among others.

“These measures were necessitated by the liquidity and credit crunch that followed the global financial crises,” he said.

He said the bank had recognised that there was need for administrative measures to reduce imports.

Emefiele, however, said that the measures might not be compatible with current trends in economic management that leaned towards free markets.

He said that while those might not be completely dismissed, the fundamentals of the domestic environment needed to be promoted to support domestic production and curtail imports.

“The CBN recognises these challenges in its role, provide economic advice and support the Federal Government’s aspirations on economic growth and development.

“Within the core remit of formulating and implementing monetary policy, the interest and exchange rates serve as major instruments for CBN’s support for import substitution,” he also said.

The governor noted that fundamentals of the domestic environment needed to be promoted to support domestic production and invariably curtail imports.

“First, interest rates are a major incentive or disincentive to carry on industrial production activities.

“They are the key price for capital and largely determine the ability to engage in profitable domestic economic ventures.

“Economic theory dictates that low interest rate will boost incentives to procure loans to engage in production, and vice versa.”

The governor, therefore, said it was imperative that authorities should endeavour to keep interest rates at reasonably low levels, saying the rate of inflation was a major determinant of the level of interest rates.(NAN)