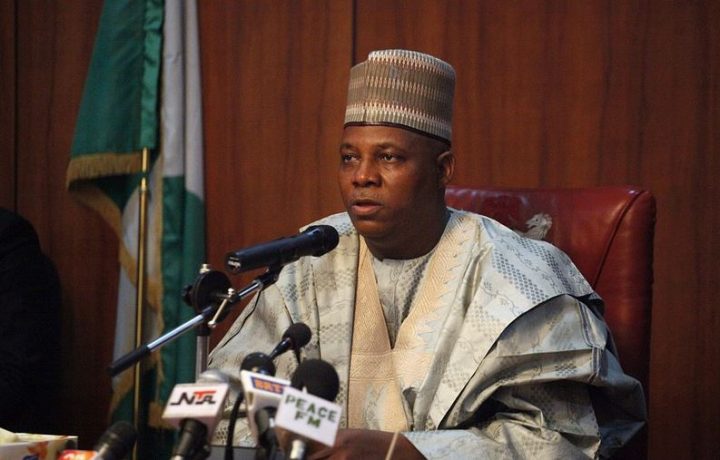 Governors of the nineteen northern States have greeted residents across the north for being nonviolent in the face of clashes between members of the Indigenous People of Biafra (IPOB) and Soldiers in Abia State which endangered some northerners living in parts of the south.

The Governors called on residents across the nineteen northern States to permanently sustain the peace saying no body law-abiding Nigerian deserves to be punished for the mere fact that he or she happens to be living or doing law economic and social activities in any part of the country.

The Governors spoke through Mr Kashim Shettima, Governor of Borno State and Chairman of the Northern States Governors’ Forum in a statement emailed to journalists by Shettima’s Adviser on Communications and Strategy, Malam Isa Gusau on Friday.

The Governor’s acknowledged that they were aware of spill over concerns ‎in Jos, Plateau State but they were also aware of the rapid step taken by their colleague, Governor Simon Bako Lalong of Plateau State who immediately declared a dusk to dawn curfew that restored peace.

The Governors, however, noted that despite the patriotism displayed by residents, their administrations have since placed security forces on alert to tackle any unforeseen attempt to cause a breach of security.

The Governors called on all residents to, irrespective of tribe and religion see themselves as equal Nigerians who have the same rights to freely live in any part of Nigeria as provided by the Nigerian Constitution which the Governors are under oath to preserve, protect and defend.

The Governors also called on all Nigerians to support and promote peace and coexistence, maintaining that the collective vision to have a greater and prosperous Nigeria can only be actualised under an atmosphere of peace and stability.

The northern Governors commiserated with Nigerians affected by the violence. The Governors called on northerners operating in any part of the country to remain law-abiding and calm saying they share their concerns and will continually take lawful measures to support them under any circumstance the northerners find themselves.