Military To Sustain Operations Across The Country, Re-affirms Commitment To Security 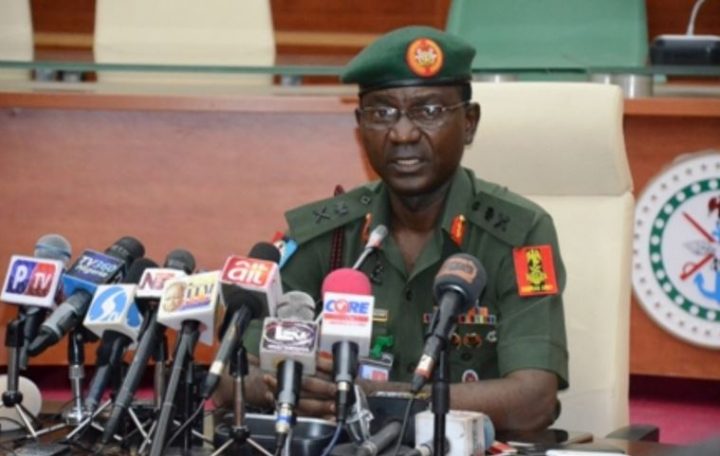 The Defence Headquarters said that it will sustain its various operations and exercises in the North East, North West, North Central, South West, South South and South Eastern parts of Nigeria.

This was stated in a press release signed by the Director Defence Information, Major General John Enenche in Abuja.

“Troops of Operation RESTORE DEMOCRACY in the Gambia have been rotated.  The contingent earned the operational medal, due to their outstanding performance.  A new set has been inducted into the mission (ECOMIG).” It said.

Also, it reaffirms its total subordination to constituted civil authorities and complete dedication of the Military to its Constitutional Roles.

According to the statement, Armed Forces remain dedicated to the protection of lives and property of all peace loving people where ever they live in Nigeria.

It said: “Commitment to routine training and regular exercising of troops, to keep fit professionally, in order to tackle security challenges in the Country.

Furthermore, Defence Headquarters reassures the general public of conducting its duties and tasks in line with best international military practices.

Finally, the general public is requested to furnish the security agencies with information on suspicious activities of individuals, groups or organizations that are contrary to Nigeria’s national security.”