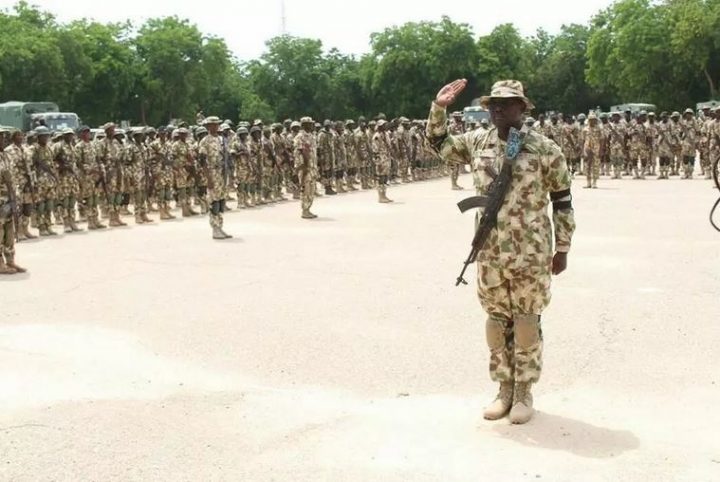 To address the security challenges in Ogun and its environs, the Nigerian Army said on Sunday that it had concluded  plans to launch a new security initiative code-named “Operation Crocodile Smile.”

The Brigade Commander of the 35  Artillery Brigade, Alamala, Abeokuta, Basil Adoke, disclosed this in Abeokuta at a reception organised by the state government as part of activities to mark Nigeria’s 57th independence anniversary.

Adoke, who said that the initiative would commence ” in the next couple of days” across the state and its environs, is targeted at miscreants.

“ We are going to start Operation Crocodile Smile in Ogun and it involves series of actions to step up-tempo targeted at miscreants,” Adoke said.

The commander,  who allayed fears over the initiative, called on residents to be calm, stressing that some miscreants had been identified and would be flushed out.

‘Though the state is relatively peaceful, but we still have some miscreants to deal with, so when you see Crocodile Smile, don’t be scared,” he said.

According to him, the exercise is a replica of  Operation Python Dance recently carried out in Abia to tackle crime.

Responding, Gov. Ibikunle Amosun, commended the roles of security operatives in the state since he took over in 2011.

Amosun pledged continued support on any programme to make the state crime-free.

“ I want to appreciate our security agencies and we will continue to support security measures put in place to silence criminals in our state.

“This is because Ogun has grown to become the economic hub of Nigeria and investments can only continue to thrive in an environment of peace and order,’’ he said.

Reflecting on Nigeria at 57, Amosun expressed optimism that the nation would overcome all its challenges, stressing that ” this period is just a phase in our national life.’’

He stressed the need for Nigeria to consider and use its high population as a factor of strength in unity.

Amosun,  who described governance as service to the society,  expressed optimism that his successor would tread this path of serving the people and would equally record great achievements like him.

He said the model of governance through the selfless service introduced and established by his administration had transformed the entire state and changed the face of leadership in the state.

“When we got to the office, we have raised the bar to the delight of the people and I believe that my successor will follow my path of achievements,” he said.

Others were the Chairman, Ogun Traditional Council of Obas, Oba Kehinde Olugbenle,  and Alake of Egbaland, Oba Adedotun Gbadebo.