Hundreds Of Thousands March In Barcelona To Say ‘No’ To Independence 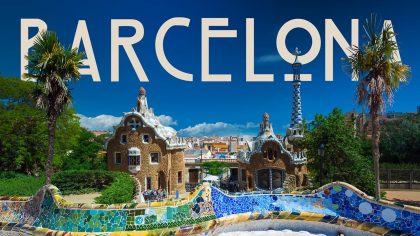 Hundreds of thousands of people marched in Barcelona on Sunday to protest Catalonia’s secession from Spain, in the largest show of strength to date by unionists, who usually describe themselves as the “silent majority.”

According to the Catalan Civil Society (SCC), which organised the “Enough! Let’s go back to reason” march, more than one million people took part. Barcelona’s local police, the Guardia Urbana, gave a 350,000 estimate.

“We are peaceful citizens who believe in coexistence and freedom.

“We will show these minoritarian secessionists that Spain is a modern country,” Nobel Literature Prize winner Mario Vargas Llosa said in a speech at the end of the rally.

The 81-year-old writer and journalist said it would “take more than a coup plot to destroy what has been built in 500 years of history.”

The Nobel Laurette was born in Peru but a nationalized Spaniard who lived in Barcelona in the 1970s,

From the morning, people draped with Spanish and anti-independence Catalan flags – which lack the white star that is present on the secessionist Catalan flag – could be heard singing

The songs include “We are all Catalans,” “Only one nation” and “Puigdemont in prison.”

Carles Puigdemont is Catalonia’s regional premier, and head of a secessionist coalition which organised an Oct.1 independence referendum that was banned by the Constitutional Court but went ahead, despite violent Spanish police attempts to stop it.

Before the march, hundreds gathered outside the local headquarters of the Guardia Civil, Spain’s military police, expressing support for its actions.

On social media, people could be seen booing Catalan police, whose chief is suspected of collusion with separatists.

Protesters, some of whom arrived via bus or train from other parts of Spain, marched peacefully.

They were backed by the ruling People’s Party (PP), the pro-government Catalan Ciudadanos party, and, at the last minute, by the opposition Socialist Party.

Turnout figures were impressive, but were still lower than what was achieved by the pro-independence camp in an Oct. 3 general strike, when 700,000 people took to Barcelona’s streets, according to Guardia Urbana estimates.

Despite some secessionists’ attempts to label Sunday’s march as a right-wing, authoritarian event, several people insisted that the pro-independence camp did not have a monopoly on progressive opinion.

“I’m a leftist but I do not want independence. I want Spain to become a federal state,” Angel, a 50-year-old teacher and supporter of the leftist Podemos party, told dpa.

Secession is deeply divisive: In the disputed referendum, 90 per cent of Catalans voted to break off from Spain, but the ballot was boycotted by most pro-union Catalans, and turnout was only 43 per cent.

On Sunday, a poll published by the conservative La Razon daily said 79.4 per cent of Spaniards, and 58.9 per cent of Catalans, were against the unilateral declaration of independence Catalan authorities are said to be considering.

Puigdemont is scheduled to address the Catalan parliament on Tuesday’

However, he is under pressure to hold off from secession plans, which would escalate what is already the biggest political crisis Spain has experienced since a 1981 failed military coup.

Several businesses, including major banks, have started moving their legal headquarters out of Catalonia, casting doubt on whether one of Spain’s wealthiest regions would risk a major capital flight if it broke off from Madrid. (dpa/NAN)