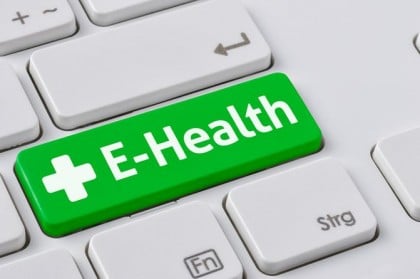 Global leaders have pledged to take bold action to reduce suffering from non-communicable diseases (NCDs), which include the world’s leading killers – heart and lung diseases, cancer and diabetes.

“It is shocking to see the growing toll diseases like cancer and diabetes are taking on the people who can least afford healthcare,” WHO Director-General Tedros Ghebreyesus, said.

The pledge followed world leaders’ agreement to reduce, by one-third, “premature” NCDs deaths by 2030, as part of the UN’s 2030 Agenda for Sustainable Development.

These diseases kill 40 million annually, more than any other cause of death, of which 15 million occur prematurely among people aged 30-70 years, and seven million in low- and low-middle income countries.

“Governments must act on pledges to prevent these diseases in the first place, and to ensure that people can obtain services to treat them.

“Failure to do this imposes massive costs on individuals and communities. It totally contradicts global commitments to sustainable development,” Ghebreyesus added.

The Montevideo Roadmap highlights the need for coordinated and coherent action from all sectors and the whole of society, as many of the main drivers of ill health lie beyond the control of health ministries, systems and professionals.

According to the WHO chief, non-State actors, including civil society and industry, have important roles to play.

In addition to improved disease detection and treatment, the Roadmap also points out that the bulk of NCD deaths could have been prevented by action, such as against tobacco, unhealthy diets and harmful use of alcohol.

Among challenges identified in the Roadmap are uneven and insufficient progress to reduce premature deaths from NCDs and influence of the private sector on governments to prioritize trade over public health goals.

The other is lack of high-level political leadership to ensure that health promotion and NCD prevention and control are part of all areas of government policy.

Adhanom, who last week announced the launch of a new WHO high-level commission on NCDs, added: “This conference is a critical opportunity to accelerate efforts to get ahead of non-communicable diseases.

“We must be prepared to have some tough conversations, and to take brave action.

“One vital step is for all countries to follow trailblazers, like Uruguay, that have ratified the protocol to eliminate the illicit trade in tobacco products.

“Ensuring that this protocol can come into force next year is key to advancing the impact of the WHO Framework Convention on Tobacco Control.”

The Montevideo Roadmap would guide global preparations for the UN General Assembly’s third High-level Meeting on NCDs next year.

The Roadmap would assess progress in meeting the target of reducing premature NCDs deaths by 25 per cent by 2025 and then by one-third by 2030. (NAN)