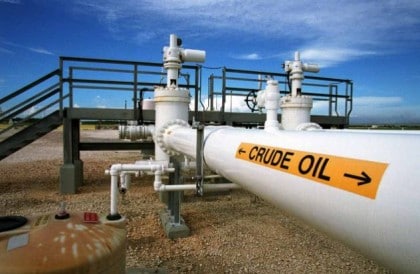 Oil prices rose on Monday over supply concerns in the Middle East and as the U.S. market showed further signs of tightening while demand in Asia keeps rising.

Brent crude futures, the international benchmark for oil prices, were at 57.84 dollars.

The amount of U.S. oil rigs drilling for new production fell by seven to 736 in the week to Oct. 20, the lowest level since June, General Electric Co’s Baker Hughes energy services firm said on Friday. RIG-OL-USA-BHI

Much will depend on demand to guide prices, with the U.S. market tightening, flows from Iraq reduced due to fighting between government forces and Kurdish militant groups.

Again, production is still being withheld as part of a pact between the Organisation of the Petroleum Exporting Countries (OPEC) and non-OPEC producers to tighten the market.

In the main growth areas of Asia, consumption remains strong especially in China and India, the world’s number one and three importers.

The country’s September imports stood 4.2 per cent above this time last year and about 19 per cent more than in August, ship-tracking data from industry sources and Media Analytics showed.

Given the tightening oil market conditions, many analysts expect prices to rise further.(Reuters/NAN)