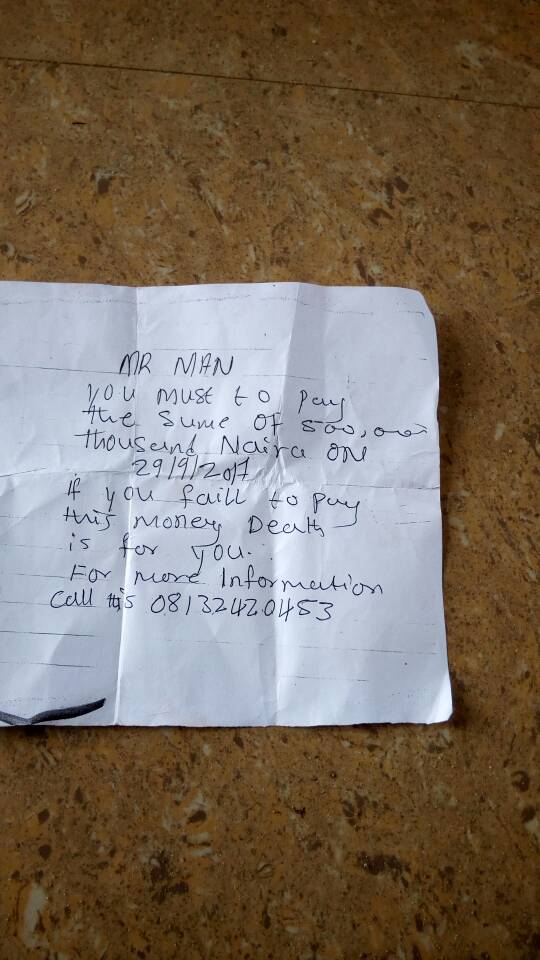 Amazing Discoveries During Operation Crocodile Smile in The Niger Delta

Aminu Ilayasu, Port Harcourt: Following the official flag off of Operation CROCODILE SMILE II by the Chief of Army Staff (COAS) Lieutenant General Tukur Yusufu Buratai on Friday 13th October 2017, the tempo of operational activities within 6 Division Area of Responsibility (AOR) has since been stepped up with high morale among troops of the Division.

It is evident that the increased presence of troops both on land and in  the waterways dominating the entire 6 Division AOR has started yielding fruits especially in the area of denying criminal elements such as kidnappers, armed robbers, sea pirates, cultists, illegal oil bunkerers and crude oil thieves as well as other hoodlums freedom of action.

In 2 Brigade AOR which covers Akwa Ibom State, vigilant troops based on a tip off by some patriotic Nigerians on 9th October 2017 arrested one Mr. Udeme Dick Nnah a notorious cultist who has been terrorising the community. In a similar operation on 12th October 2017, troops of 2 Brigade Garrison after careful surveillance arrested the duo of Mr. Saviour Friday Markus and Mr. Nsika Okon Udoh on cult related activities.

Similarly, on 10th October 2017 troops of 2 Brigade Garrison on patrol, accosted a group of vandals at Itu Paper Mill in Uruan LGA cutting armoured cables belonging to the company. 2 suspects, Mr. Ekom and Mr. Ndefrike were arrested with 3 rolls of vandalized cables and 2 motorcycles. Additionally, on the same day troops raided the residence of a suspected arms supplier, one Mr. Friday Silas Udoh at Ikot Odiong community of Ukanafun LGA where he was arrested. Items recovered from the residence include live cartridges, locally made guns, gun powder, damaged single barrel guns and gun making accessories. 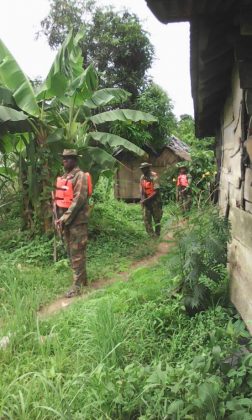 On 15th October 2017, troops on a robust patrol to Ikpe community of Etim Ekpo LGA encountered and arrested 3 suspected cult members. Items recovered from them include a locally made long barrel gun and one locally made short gun. The troops also carried out raids/destruction of an identified criminal hideout/shrine at Ikpe where one suspect was arrested.

In a Cordon and Search operation conducted by the troops on 17th October 2017 in the house of one Mr. Ikom Monday at Ikot Ibekwe in Ukanafun LGA, one locally made pistol, 11 expended cartridges and one live cartridge were discovered buried in a toilet. A night patrol same day between Ikot Apetach and Ikot Ituen arrested 3 suspected criminals in possession of a locally made jack knife and wraps of Indian hemp. Furthermore, a suspected cultist, Mr. Nnamso Thompson Akpan was nabbed by troops at Nkek village of Ukanafun LGA. There was also arrest of 2 suspected kidnappers at Nkek and Oyoyo villages of Ukanafun LGA who were found to be in possession of threats letters meant for their potential victims.

Same success story is unfolding in the neighbouring Rivers State where troops of 6 Brigade are also tightening the noose on criminal elements and economic saboteurs in the entire state.

Specifically on 10th October 2017 at about 2:00am, troops of 29 Battalion intercepted a MARK truck loaded with suspected stolen crude oil at Rukpoku area of Obio-Akpor LGA of the state. Suspects fled and abandoned the truck on sighting the troops. Similarly, on the same day troops of 146 Battalion in conjunction with elements of 130 Battalion discovered and destroyed an illegal refinery with 6 large cooking pots, a large metal container filled with stolen crude oil and a large reservoir containing illegally refined Automated Gas Oil (AGO) at Kurughene general area. The troops arrested  6 suspected illegal oil bunkerers/welders at the site and recovered one generating set, two gas cylinders and other welding accessories. Another illegal refinery was also discovered and destroyed same day along Patrick Waterside-Bodo axis by troops of 146 Battalion. 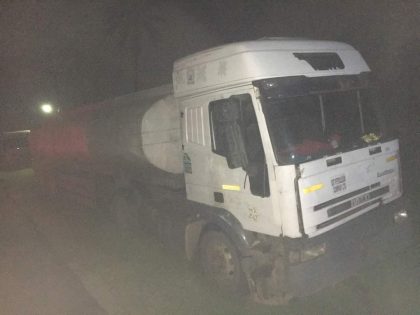 On 11th October at about 8:30am troops of 29 Battalion in conjunction with elements of 130 and 146 Battalions also identified and destroyed reactivated illegal refinery at Bolo with 3 large active cooking pots, 4 large reservoirs containing stolen crude and 3 speed boats loaded with illegally refined AGO. In the same vein, on 12th October 2017 around 3:30am troops discovered and destroyed 110 drums of illegally refined AGO at Okrika. Continued efforts by the troops on the same day also saw to the destruction of several other illegal refineries and militant camps at Akpara, Ayoisi, Idama and Km 45 while one Mr. Gogo Babson was arrested with 15 drums of illegally refined kerosene in an unregistered FIAT bus.

On 13th October 2017, one metal barge and a wooden Cotonou boat loaded with stolen crude were intercepted along Patrick Waterside. Same day at Uzuaku along NNPC pipeline, one white unregistered MARK truck containing 55,000 litters of illegally refined AGO and one yellow MAN DIESEL truck with registration number XA 508 DKU GOMBE loaded with about 30,000 litters of illegally refined AGO in a constructed tank and concealed with poultry feed bags were intercepted. 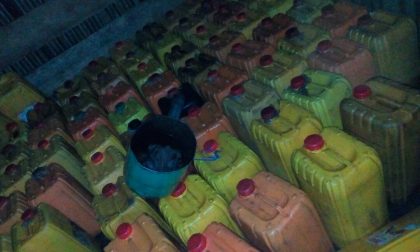 A patrol team  discovered a reactivated illegal refinery with 3 active pots at Doroko in KE with metal containers filled with illegal products on 17th October 2017. The site was destroyed by the troops. They did same to the discovered 53 (25 litters) jerry cans, 20 (250 litters) drums and 40 sacks all containing illegally refined products at Akinima and Okrika respectively.

The gallant troops based on credible information from patriotic Nigerians tracked and apprehended 2 suspected notorious kidnappers/cultists; Mr. Justice Sigah and Mr. Godknows who have been terrorising Odemisama and Odemude communities in Ahoada. Troops also continued with their robust patrols where they identified and destroyed an illegal refinery with 5 cooking pots and several large metal containers at Tuma general area. 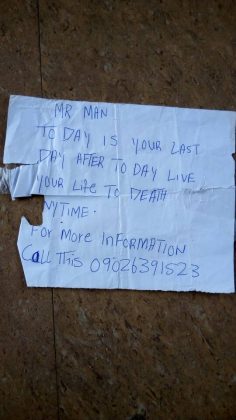 Acting on intelligence, troops conducted a Cordon and Search operation at Elebrada and Oduoha communities of Emuoha LGA of the state were it was revealed that members of Icelanders cult group hold meetings. No arrest was made as the suspects have all taken refuge in the forests. However, 120 rounds of 7.62mm special, 27 rounds of 9mm para, one clearing rod, one jungle hat, 6 cutlasses and one Canon camera were recovered. Same day, troops arrested one notorious kidnapper/armed robber popularly known as Aposi in Ihugbogo community. All apprehended suspects and recovered items were handed over to relevant security agencies for possible prosecution while the operation continues.