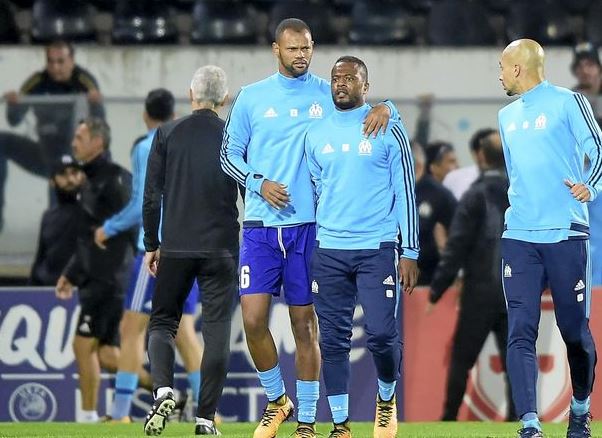 Olympique Marseille substitute Patrice Evra was sent off before his team’s Europa League match at Vitoria Guimaraes after a player from his team was seen aiming a kick at supporters.

The incident happened as Marseille players clashed with their own fans behind one of the goals at the Afonso Henriques stadium in Guimaraes during the warm-up for the game.

One video showed former Manchester United and Juventus player Evra climb over the advertising hoardings to talk to fans behind the goal. 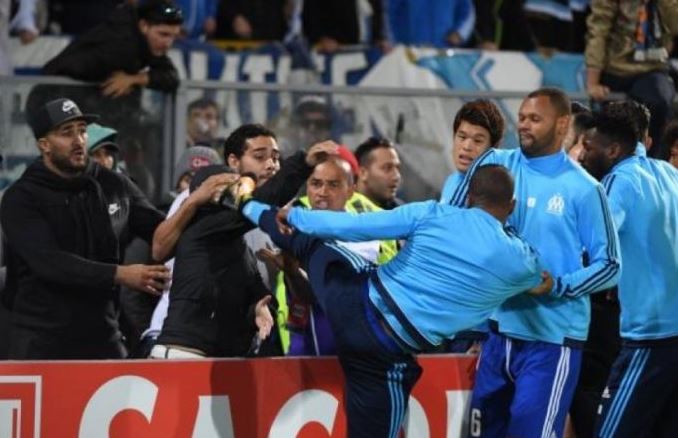 A number of supporters jumped down from the seating area, leading to a scuffle with stewards and officials from the Ligue 1 side.

Other players climbed over the hoardings to join in the altercation.

Another video showed a Marseille player aiming a kick at the fans as the scuffling continued.

European football body UEFA said Evra had been given a red card without any further explanation.

Marseille said after the game that Evra had been sent off over “an altercation with supporters during the warm-up”, although it did not specifically mention the kick.