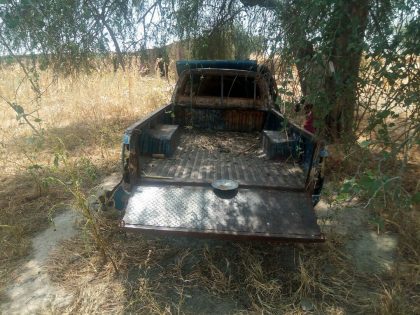 The News Agency of Nigeria (NAN) reports that the insurgents had at about 7:00 pm engaged the military in several hours’ battle as they attempted to enter the town.

Speaking to NAN on the development, the Councillor representing Gulak Ward, Mohammed Abubakar said residents who escaped to the bush and mountain were now trooping back home.

“I am not in the town, but I am now on my way back home; just about 49 kilometres to Gulak, but I have spoken to my wife in Gulak who said the family is back home with the return of normalcy,” Abubakar said.

Also, the Commissioner of Information and Strategy, Ahmad Sajoh, said reports from the area indicated the the attack was successfully repelled by the military and other security operatives including hunters and vigilantes.

“I have spoken to the chairman of the council who also told me that people have returned including the district head and other personalities.

“As for casualty, we are yet to ascertain the level of destruction, death and injured,” Sajoh said, adding that government would send a delegation to assess the situation.

Chairman of the local government, Alhaji Yusuf Mohammed also declined to give the number of casualties, but said the insurgents had suffered heavy casualty.

“I also know of the death of two women, a 70-year-old and a 30-year-old, hit by stray bullets while trying to escape,” Mohammed said. (NAN)