Tambuwal: For us in Sokoto, Ekwueme’s Death Comes with Extra Pain 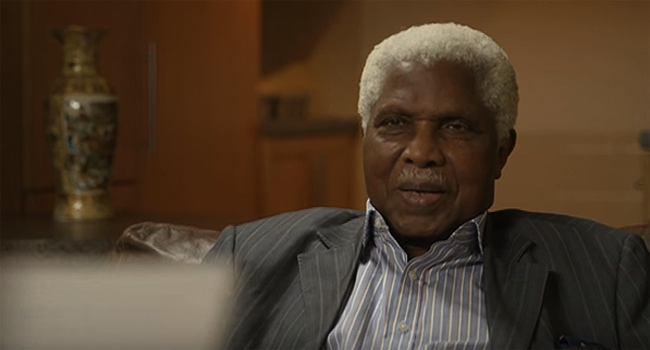 Sokoto State Governor Aminu Waziri Tambuwal has ‎described former Vice President Dr. Alex Ekwueme, who died Monday morning at a London hospital, as a true statesman whose selfless and meritorious service to God, country and humanity was felt by all.

In a message of condolence issued in Sokoto by his spokesman, Malam Imam Imam, Tambuwal said the Ekwueme was a distinguished legal luminary, exemplary politician and a great community leader.

“For us in Sokoto, Dr. Ekwueme’s death comes with extra pain because he was Vice President to one of our distinguished sons, Turakin Sokoto, Alhaji Shehu Shagari.

“The deceased proved himself an able lieutenant who together with other members of their team, gave their best for the unity, progress and stability of the Nigerian federation in the Second Republic and beyond.

“His death has therefore closed a chapter in the life of one Nigeria’s most respected voices who made his mark in both public and private sectors,” Tambuwal added.

Tambuwal further described Ekwueme as a truly passionate Nigerian whose invaluable contributions to issues of national interest will be forever appreciated.

While sending the commiserations of the people and government of Sokoto State to his immediate family, Tambuwal prayed God to grant the people of Anambra, South East and the entire federation the fortitude to bear the loss.