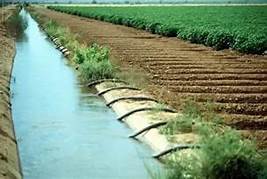 The Minister of Water Resources, Mr Suleiman Adamu, has said that the Federal Government has begun processes for promoting a proper channel for navigation and irrigation in the River Niger.

The minister made the disclosure in Abuja on Tuesday in an interview with the News Agency of Nigeria (NAN).

Adamu said that the project would be executed in partnership with the Hungarian Government to seek ways to introduce river training toward protecting the river banks and flood plains.

He said although this step was a huge infrastructure project that would take time, the ministry had commenced  negotiations with the Hungarian experts.

‘‘We are having floods all the time but the good news is what we are discussing with some foreign experts to look at the entire stretch of the River Niger, downstream Jebba and upstream of it, around Kebbi side to introduce river training.

‘‘We are doing this so that we can protect the banks of the river and all the flood plains, and we will be able to farm without any serious problem.

‘‘This is a huge infrastructure project that will take years; the study alone and design are going to take one year.

‘‘We are still discussing, hopefully we will soon round up our negotiation with the Hungarian experts,’’ the minister said.

Adamu said the ministry would seek funding for the project in partnership with the private sector and stressed that Nigeria ought to have proper areas for irrigation without being devastated by flooding.

In 2012, Nigeria suffered unimaginable loss to flood disasters that affected 30 states during which some 366 people died  and 2.1 million people displaced.

The flood, termed the worst in 40 years, affected an estimated 7.1 million people and caused losses worth N2.3 trillion, according to National Emergency Management Agency.