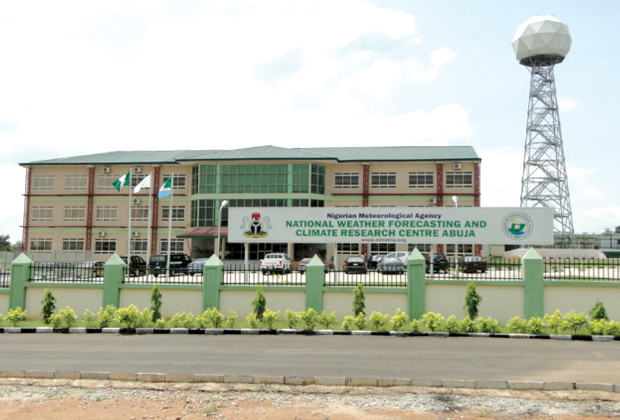 The Nigerian Meteorological Agency (NiMet) has predicted moderate dust haze conditions with visibility range of about two to five kilometres over the central states of the county on Sunday.

NiMet’s Weather Outlook by its Central Forecast Office in Abuja on Saturday also predicted day and night temperatures in the range of 25 to 34 and 11 to 18 degrees Celsius respectively.

The agency predicted that the southern states would experience hazy conditions over the inland cities with early morning mist/ fog patches over some coastal cities like Uyo, Ikom, Calabar, Yenagoa and Port-Harcourt.

It also predicted partly cloudy skies over the coastal cities later in the day with day and night temperatures in the range of 32 to 35 and 14 to 23 degrees Celsius respectively.

According to NiMet, Northern States will experience dust haze conditions with visibility range of one to three kilometres with localised visibility of equal to or less than 1000m throughout the forecast period.

“The northern cities will also have day and night temperature values in the range of 26 to 33 and 10 to 14 degrees Celsius respectively.

“The central cities are anticipated to be in moderate dust haze with visibility range of two to five kilometres while hazy conditions are likely over the inland cities.

“There are prospects of early morning mist/fog over some coastal cities within the next 24 hours,” NiMet predicted. (NAN)