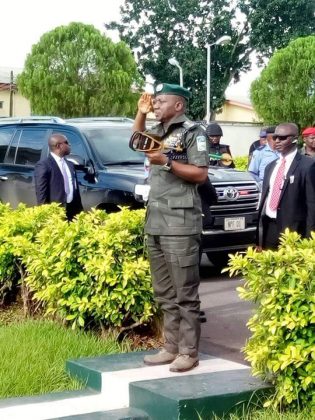 The Inspector-General of Police, Mr Ibrahim Idris, has reiterated the commitment of the Nigeria Police Force to apprehend and prosecute perpetrators of new year killings in Benue.

The News Agency of Nigeria (NAN) reports that President Muhammadu Buhari on Tuesday ordered the I-G to move to Benue, to restore law and order and forestall the crisis from escalating.

Herdsmen on new year day attacked and killed 50 persons in Logo and Guma local government areas of the state.

Idris, who made the promise during stakeholders meeting in Makurdi, assured that anyone involved in the killings would be brought to book.

The police boss said the meeting was geared toward finding lasting solution to the crisis that bedevilled some communities of the state.

He said police would not rest until the perpetrators of the killings were arrested.

He added that “I want to assure you that the police will not rest on its oars until these hoodlums are apprehended and brought to justice.

“We are conducting investigation into the killings and will take appropriate action against perpetrators of the heinous crime.

“I want to assure you that police have put in place security measures to checkmate activities of  miscreants.”

Idris also promised to take appropriate action against anyone carrying arms around.

He enjoined the people to give the police actionable intelligence that would lead to further arrest of criminal elements.

The I-G, who kicked against the clamour for deployment of the military, said they could only intervene when the police was overwhelmed.

He said the force had deployed 660 personnel from some units to complement the security architecture in Benue.

He noted that the force was determined to create safe and secured environment for the people of the state and Nigeria as a whole. (NAN)