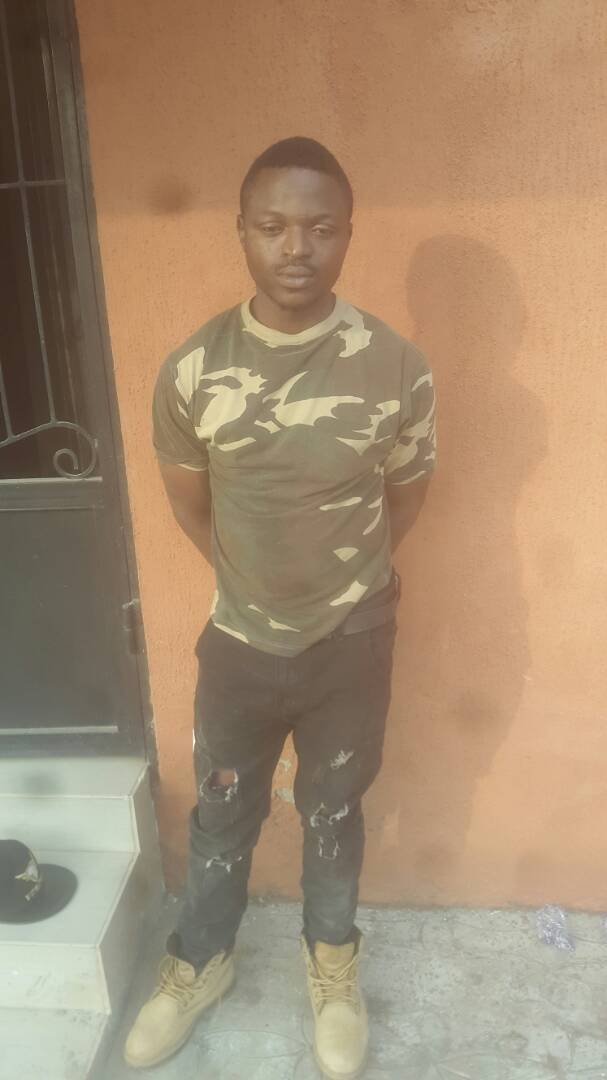 End of The Road for Pascal Philip

The Suspect who was arrested while molesting innocent civilians in Isawo falsely claimed to be a personnel of 174 Battalion, Nigerian Army. He was arrested dressed in camouflage T-shirt molesting, extorting and intimidating law abiding civilians in the area.

The suspect is currently under going further interrogation and would soon be handed over to the police for further investigation and prosecution.

The general public could help security agencies by reporting such persons parading themselves as military personnel and molesting innocent civilians to relevant military units and formations.