The Kaduna State Government has dismissed claims by the Peoples Democratic Party (PDP) that it disengaged more than 36,000 workers without commensurate employment for others. 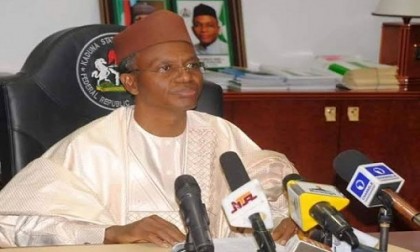 Alhaji Saidu Adamu, Counsellor on Information and Communication to Gov. Nasiru El-Rufai dismissed the claim in an interview with the News Agency of Nigeria (NAN) on Friday in Kaduna.

According to him, the claims of the PDP was baseless as the state government has embarked on “massive employment ever seen in the history of the state since independence.’’

NAN reports that the PDP on Wednesday in a statement accused the state government of insensitivity over the sack of about 22,000 teachers, 4, 000 local government employees, 3000 state workers and traditional rulers.

The government spokesman stressed that the administration was sanitising the civil service and injecting new blood as part of the reform process to make the service responsive, efficient and sustainable.

Adamu said: “Right from Nigeria’s independence, I want to believe that this is the first time Kaduna state government is making massive employment in our history.

“In one agency, KASTELA, the state government had employed over 2,600 personnel and we have already secured permission to employ additional 1,700 soon.

“We are currently doing same is various agencies, including KADIPA and KADGIS among other agencies in the state.’’

On the 22,000 teachers sacked by the government, Adamu said the administration would replace them with 25, 000 qualified ones.

“The teachers sacked have no business in the classroom,’’ he stressed, adding that the government was focused on laying solid foundation at the primary level for children of the poor to acquire sound education.

“By sanitizing our primary schools, children of the poor would acquire the right education that would add value to their lives and the society and become something worthwhile in the future.

“No any sensible government will allow the way things are going in the education sector to continue.

“A situation where a primary school teacher and graduate of geography can’t even spell geography correctly, and you expect the government to allow such person to continue teaching, is not possible.

“It is high time to change the situation and we have screened those who applied for teaching job to get suitable replacement.

“We are also going to conduct physical and oral test to confirm that we have the right persons, we want to have functional and qualified teachers in our schools.

“I want to also assure that what Kaduna state governor is doing is the best that any right thinking leaders should do.

“We have been left behind and we contributed to what is happening to us right now, because the previous administrations did not care about the future of poor people.“

On those calling for the retraining of the affected teachers, the government spokesman said those who failed the competency test were beyond redemption.

He recalled that government had spent over N600 million in the last two years in training and retraining them yet have failed to meet up.

“The governor wants to make sure that we have functional future for our children.

Adamu explained that other civil servants being eased out at the state and local government level were those who have attained or were close to retirement.

According to him, the exercise is to also block wastage in the system.

He particularly noted that the local government system has been choked up with ghost and redundant staffs being paid salaries monthly for doing nothing.

“It is such that at the end of every month the state government had to make provisional money from its allocation to add up to that of the LGAs’ to be able to pay their staff salaries.

“This means that the local councils cannot perform their primary functions of providing infrastructure, healthcare services and others responsibilities at the grassroots.

“For instance the Admin Department of Zaria Local Government Council has over 300 staff and by time we try to find out who they were we discovered that 99 per cent of them are ghost workers, yet they still collect salaries.

“Some of the local council workers were also discovered to be collecting salaries elsewhere, either as state or federal civil servants. It is very wrong, and government would not allow it to continue.

“So, our target is that by early 2019, more than 40 per cent of our civil servants will be youth, well educated, computer literate; we are going to have one of the most vibrant civil service in Nigeria.’’

Adamu explained that all those retired would be paid their dues promptly.