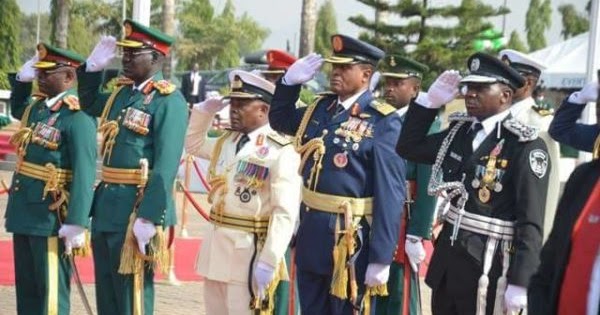 Gov. Atiku Bagudu of Kebbi on Monday led dignitaries in the laying of wreaths in memory of Nigerian soldiers who died during the World War and the Nigerian civil war, to mark the annual Armed Forces Remembrance Day.

The News Agency of Nigeria (NAN) reports that the occasion was marked with a special parade by soldiers from the 1 Battalion, Nigerian Army in Birnin Kebbi as well as veterans of the war.

NAN reports that a bird, named, Burutu, also a sergeant, representing the symbol of the 1 Battalion of the Nigerian Army in Birnin Kebbi participated in the parade.

Ambursa commended dignitaries and well wishers who celebrated the armed forces remembrance day, stressing that the N21 million realised at the launch of the Emblem Appeal Fund had improved the welfare of the war veterans.