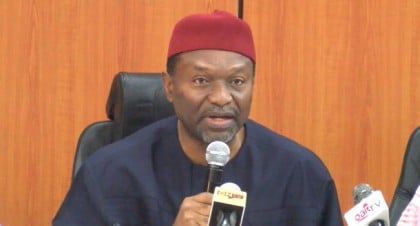 The Ministry of Budget and National Planning has advised commentators to use Citizens’ Portal provided by the ministry for clarification on budget matters before making any public comments.

The Special Adviser to the Minister on Media, Mr Akpandem James, gave the advice in a statement issued in Abuja, to clarify allegation that some suspicious items were included in the 2018 budget proposal,

James said that there were no suspicious items in the Budget as speculated by a few commentators.

“The commentators have made observations and allegations that tend to suggest that some line items and projects in the budget are suspicious.

“The ministry explained that the items in the budget were well conceived and provided for by the respective Ministries Department and Agencies (MDAs).

“It is however not unusual for some items in the Budget to require further clarifications or explanations.

“It is because of this reason that the ministry made provision for a Citizens’ Portal on the website of the Budget Office for interaction and feedback purposes.

“Commentators are therefore advised to make use of the facility for clarifications on budget matters,’’ he said.

He, however, explained that some of the items in the Budget proposal such as N10 billion was for settlement of liabilities to contractors and N22.6 billion for research and development.

James said that N308.42 million was for procurement of riot control equipment for police formations, N2.21 billion for Social Media Mining Suite by the Department of State Security Services.

He said that N338 million was allocated for computer software acquisition in the Federal Ministry of Finance, which was termed as suspicious by a Civil Society Organisation.

“For instance, it is common knowledge that the Federal Government owes many contractors for certified works dating back as far as 10 years.

“Thus, provisions are made in the annual budgets to offset some of these contractor liabilities.

“A good portion of these debts is domiciled in the Federal Ministry of Power, Works and Housing, and so the ministry made a provision of N10 billion in the 2018 Budget Proposal for settlement of liabilities.

“Also, in the Government Integrated Finance and Management Information System (GIFMIS), Research and Development is a programme description that encapsulates various projects.’’

In this case, he said a check of the budget of the Federal Ministry of Industry, Trade and Investment would show that this included the N19.3 billion for the Export Expansion Grant (EEG).

James said that for several years the EEG scheme was suspended on account of its dubious outcomes.

He, however, said that in its bid to incentivise non-oil exports, the Federal Government reformed and reinstated the scheme with effect from 2017.

“The budgetary provision for this scheme will therefore be recurrent, year after year. Indeed, as the non-oil sector picks up, the amount of provision is expected to increase.

“This amount is less than N10 million per State Police Headquarter as Nigeria is yet to attain the UN ratio requirement of one police officer to 400 citizens of a country.

“Thus, this sort of provision is to help the already stretched force to keep up with the expectation of keeping law and order during protests or matches.’’

On the N4.9 billion for annual maintenance of mechanical/electrical equipment in the Villa, he said the facility was quite an expansive complex.

James said that Villa was expansive comprising of several offices, residences and other relevant support facilities.

“This provision is made to ensure that the equipment is maintained in top form at all times, and for several of these there are standard maintenance contracts.

“The ministry, therefore, explains that there is nothing suspicious about any of the provisions in the 2018 budget,’’ he said. (NAN)