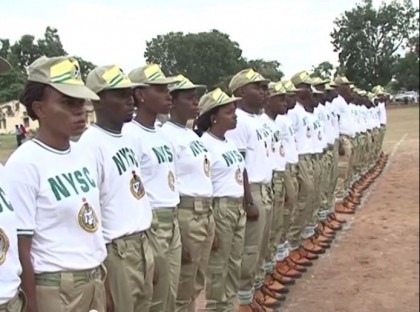 The Minister of the Federal Capital Territory, Alhaji Mohammed Bello, has urged corps members newly sworn-in for the next service year to shun social vices.
The minister made appeal in Abuja on Thursday at the Swearing-in-Ceremony of the 2017 Batch ‘B’ stream II set of corps members at the Permanent Orientation Camp, Kubwa.
Bello said the Federal Government had deployed and assigned several security agencies to ensure the safety of corps members, urging them however to remain security conscious.
Represented by Mr Oladimeji Hassan, Chairman, NYSC FCT Governing Board, the minister advised corps members to always study their environment and report odd activities to security operatives.

He said that as part of government’s commitment to support the NYSC FCT management, the ministry would ensure that corps members undergo the orientation course without hiccups.
“We shall ensure you undergo the orientation in the most effective way possible, by making your welfare our priority within the available resources.
“Today you have taken the oath of allegiance to serve our great country, Nigeria, for the next one year in the FCT; you must take this oath with all seriousness as the motto of the scheme implies `Service and Humility’.
“I challenge you to look inwards and draw from your inner strength, creativity and resilience as the FCT in spite of being at the helm of Nigeria’s administration is not without its challenges.
“It is expected that you will provide a model of mentorship and spearhead development oriented programmes, which will complement the efforts of government,” Bello said.
Mr Bello Ballama, the NYSC FCT Coordinator, said 2,206 corps members were dully registered and sworn-in for the next service year in the FCT.
He said that many programmes and activities had been arranged to challenge the corps members physically and mentally during the orientation exercise.
Ballama listed some of the programmes to include drills, lectures, capacity building and Man ‘o’ War, among others. (NAN)