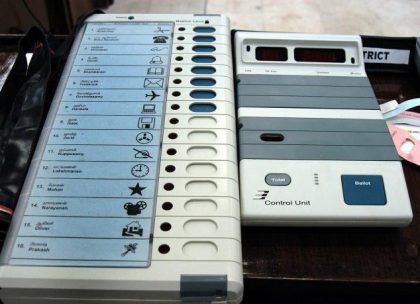 Minister for Science and Technology, Dr Ogbonnaya Onu, has said solar powered electronic voting system produced by National Agency for Science and Engineering Infrastructure ( NASENI) is ready for use.

Onu made this known on Thursday in Abuja during an interview with the News Agency of Nigeria (NAN).

According to him, the product is of world standard designed for effective and efficient voting.

He said using of the indigenous voting system for 2019 or 2022 could only be decided by Independent Electoral Commission (INEC).

“”We have improved on our solar powered electronic voting system so much that we have taken it to INEC and show it to the chairman and all the National Commissioners. They were very impressed.

““ We took it to the National Economic Council where the Vice President is chairman and all our governors are members and showed it to them.
“

But I can’t say when the solution will be used whether in 2019 or 2022 that is a decision to be taken by INEC but our law now allows electronic voting, he said.“”

Onu said the aim of developing solar powered electronic voting machine  for collating results was to ensure free and fair elections as well as to tackle current electoral challenges.

He said the solar powered electronic voting system developed was built on the gains of the present INEC.

In another development, the minister said the government was presently discussing with some countries towards having a constellation of satellites.

“” This means that instead of one country having one satellite, many countries can have many satellites that can do so many things.

“ “Then you pull the resources together and pull the data together from all participating countries. So in that way, you share cost and also share data and it is more cost effective.
“

“We have very serious constraints in terms of funding but we are working on how we can have funding for research and innovation in the country from outside the budget, “” he said.

He said the Federal Government was still working on the speeding limit system of a Nano satellite set up last year at National Space Research and Development Agency to bring the cost down.

He said the government was also intensifying effort to ensure the Nano satellite was the best in the country and world.

According to him, using the Made in Nigeria satellite will cut a lot of cost and provide jobs. (NAN)