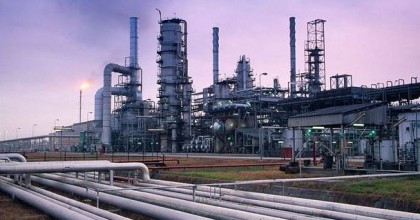 Some oil and gas stakeholders have called on the Federal Government to effect total deregulation of the downstream sub-sector to ensure availability of petroleum products nationwide.

The stakeholders made the appeal in separate interviews with the News Agency of Nigeria (NAN) in Lagos on Monday.

They said that total deregulation of the sector would curb incessant fuel scarcity and attract new investors.

NAN reports that currently there is partial deregulation of the sub-sector such that government through the Nigeria National Petroleum Corporation (NNPC) is the sole importer of petrol.

NNPC imports petrol at a landing cost of N171 per litre and sells at N145 per litre at filling stations.

NAN recalls that importation of diesel was deregulated and this has created avenues for marketers to import and sell at competitive prices.

Oni said that it would also attract new investors into the industry.

“We have to be ready to accept the reality of total deregulation of the downstream sector. I am sure most of the people truly understand the concept of deregulation.

“If we embark on deregulation today, petrol prices will be different across the country; the price may be significantly high at the early stages, but it will reduce gradually as we move on.

“Petrol prices will fluctuate throughout the year, for example, in December and January prices tend to be a lot higher. This is the case in most countries around the world.

“Why is it that refineries are not working in Africa? It is because governments tend to regulate prices.

“If government were to embrace full deregulation, the private sector and small scale refineries will work effectively to attract investors and patronage within and outside the country,’’ Oni said.

He said that full deregulation would also encourage people to build businesses along the profitable value chains.

“You can see that most tank farms are having challenges of non-performing loans with Nigerian banks.

“A lot of that will change because deregulation will bring in some stability to the downstream sector.

“Deregulation will create opportunities for cost reflective tariffs and attract investors because there will be returns on investments.

“There are no guarantees that you will get your returns on investments with the current downstream operations,’’ he said.

According to him, Nigeria can no longer afford to stifle the growth of the oil sector through regulation, adding that the sector should be opened up for players to play active parts.

The IPMAN boss said Nigeria should be wary of politicians’ unbridled meddling in the affairs of the sector, adding that the nation’s petroleum sector should be treated strictly as business.

“I remember in 2012, when subsidy was first removed, the country was locked down for three days. But I’m happy today that the country has succeeded in removing subsidy on diesel and partially on petrol.

“I never imagined that subsidy removal will happen in this country, but it has started,’’ he said.

Okoronkwo said that a deregulated petroleum sector would be driven by prices that would be determined by forces of demand and supply.

He urged Nigeria to lead the way in turning around the petroleum sector in West Africa because of the nation’s status.

The IPMAN boss said that government should consider giving more investors opportunities to invest in refineries in the country and open up the economy for better prospects.

He urged the lawmakers to play pre-eminent roles in ensuring that the petroleum sector added value to the country through proactive legislation.

He also appealed to the government to assist investors by granting them loan facilities.

Adewole said that deregulation would bring in investments into the sector, adding that only deregulation could encourage the establishment of private refineries in the country.

According to him, the Federal Government should summon the courage to fully deregulate and remove subsidy.

“If fully deregulated with rules, you will have the serious investors coming in to invest adequately.

According to the DAPPMA scribe, deregulation is the answer and the government must talk to the people and let them understand its advantages.

“The government must also show that in countries where there have been deregulation, people are gaining and that whatever comes in as funds will be used for the benefit of the people.

“People should know that the subsidy refund is not free money. It is what you have paid for and somebody is paying you back because you have been told to sell below the market price.

“We were hoping that we will be paid back on time, but the refund has delayed indefinitely. Banks are on us demanding for their money with interest,” he said.

Adewole also noted that the foreign exchange elements were affecting the business.

“When you buy a product at N160 to one dollar for instance, and you don’t get the money until the exchange rate has been raised to N360, it means that you incur a huge loss. Who bears that?’’ the DAPPMA scribe queried.  (NAN)